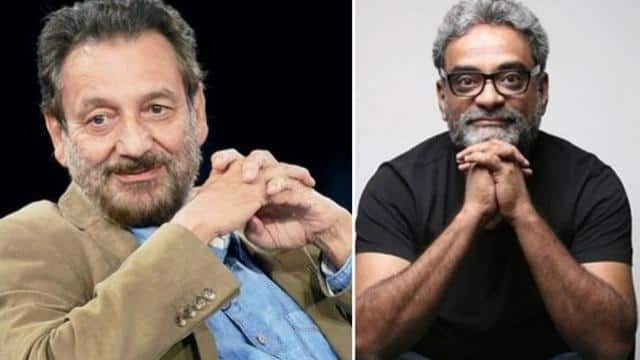 Following the demise of Bollywood actor Sushant Singh Rajput, there has been a sharp debate in the film industry about nepotism (nepotism). In this situation, the phase of accusation has started. Some celebs say that there is no nepotism in the industry, so many are reacting against it. Meanwhile, director R Balki has come into the limelight due to a statement about nepotism, to which director Shekhar Kapur has responded to him.

Filmmaker R Balki described the debate on nepotism as stupid. He said that better actors than Ranbir Kapoor and Alia Bhatt, then talk on this subject. Now Shekhar Kapoor responded by tweeting to Balki. He wrote, ‘I respect you very much Balki. But I watched the film Kya Po Chhe last night. At that time, three young artists and everyone gave excellent performance.

Have huge respect for you, Balki. But i just saw Kai Po Che again last night. Three new young actors at that time. And stunning believable performances by each @filmfare https://t.co/cIvSVsfNJR

Manoj Bajpayee, Rajkummar Rao, Vicky Kaushal, Ayushmann, Kangana Ranaut, Priyanka Chopra, Taapsee Pannu, Vidya Balan, Richa Chaddha. Many others too if we look beyond A list film families, and take a few chances. I love Ranbir & Alia, but please, they aren’t the only good actors. https://t.co/G8ddYv8LVc

Priyanka Chopra Birthday: Nick Jonas sat on his heart for the first time on seeing Priyanka Chopra, interesting is the love story

Earlier, film writer and screenwriter Apoorva Asrani also responded to R. Balki. He wrote in the tweet, “Manoj Bajpayee, Rajkumar Rao, Vicky Kaushal, Ayushman Khurana, Kangana Ranaut, Priyanka Chopra, Taapsee Pannu, Vidya Balan, Richa Chadha. If we look ahead to A List film families, there are many more. I like Ranbir and Alia but they are not the only good actors. ”

PM SVANidhi: Soon the days of street vendors will change, the government will give 10 thousand rupees for work