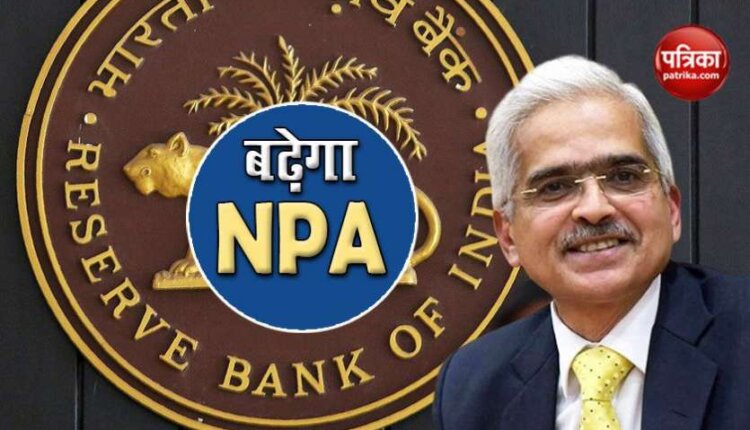 new Delhi: reserve bank of india The Financial Stability Report (FSR)
Has introduced rbi Estimates that banks’ NPAs may rise from 8.5% to 12.5% ​​by March 2021. But the Reserve Bank has also claimed that despite increasing NPAs, the Indian banking system will remain safe, according to RBI’s Stability Report. According to the gross NPA can go up to 14.7 cc very much, more than that the NPA will not increase under any condition, but due to better capital I countries, the banking system will manage itself.

Reserve Bank Governor Shaktikant Das said that the impact of coronavirus is very terrible. Such uncertainty has never before seen this epidemic hurt India at a time when the country is struggling with slowdown but despite this They have maintained confidence in the Indian economy and the RBI has released this figure together with all the regulators.

You may know that this RBI report has tried to understand the impact of Coronavirus impact on the Financial Instituetion and Banking Sector and according to the impact so far, for the future. Estimates have been made though that the financial position of the banks has been taken till March and since then the lockdown has started across the country. Further figures in the report have been taken on the basis of estimates.

Taxable income will be decimated by creamy layer, definition will change

Talking about the Financial Stability Report, RBI requests the report twice a year, and in this report, RBI analyzes from one bank to another, and analyzes the current economic conditions and predicts the future.

This time it has been seen that the association of one bank with other bank has reduced but due to better capitalization the banking sector is still in strong condition.

30,000 crore investment in Tamil Nadu in 2 months in Corona period, 67 thousand people will get employment