Now grain will not be rotten, nor will it be hugged, Railway Ministry will help FCI 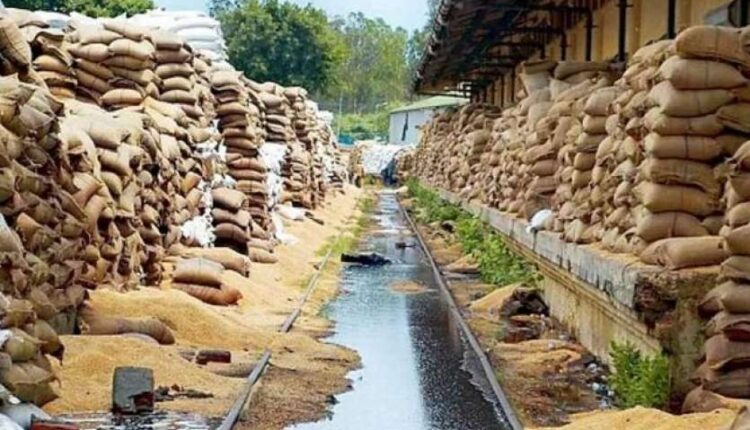 new Delhi. The Food Corporation of India and the Railway Ministry will cooperate with each other to save the grain from rotting and melting in the country. Due to lack of maintenance, an exercise has been started to construct a Grain Warehouse on the vacant land of the Railways to save the grain from getting wasted. FCI has assigned a list of 87 locations to the Railways for this. According to information received from Union Ministry of Consumer Affairs, Food and Public Distribution, FCI, Central Housing Corporation and Central Railside Warehouse Company to meet the storage shortage. In view of the analysis conducted by the (Central Railside Warehouse Company), the godowns will be built on the vacant land of the railway.

Also read: Major order of central government, will not be killed without boss approval

Handed list of 87 locations
As per the information received from the Ministry, FCI submitted a list of 87 locations to the Railways, out of which 36 locations have been identified and 24 of them have been jointly inspected. CRWC has submitted a list of railway land at 11 places for construction of godowns for storage of 1.30 lakh tonnes, out of which, for Gandhidham of Gujarat and Sankrail of West Bengal, the Railways has given a positive signal to the ARWC, while in respect of other places the Railways Awaiting approval.

Complaints keep coming
According to experts, in the productive states like Punjab, Haryana, where the government procurement of wheat and paddy is done on a large scale, there is less storage available. Therefore, there have been complaints of grain spoilage due to lack of storage in the past. Now, with the increased storage facilities, the grain will be better maintained.

How much is the grain stock in the country
As per information received from the Ministry, FCI had a total reserves of 750.19 lakh tonnes on 6 August 2020 which includes 241.47 lakh tonnes of rice and 508.72 lakh tonnes of wheat. The government has procured a record 389.91 lakh tonnes of wheat at minimum support price i.e. MSP from farmers during the Rabi season this year.

Government has started PGKY
The free grain distribution scheme started in the Corona period only after the government had sufficient stocks of grain. Under the Pradhan Mantri Garib Kalyan Anna Yojana, five kilo grains are being given every month to every beneficiary of the Public Distribution System under the Food Security Act in the country since April. The scheme was initially launched for April, May and June, which has since been extended by five months to November.

Kejriwal government’s street vendors gift, now easy to get loans up to 20 thousand