Now, even after depositing money in the bank, there will be a charge, know when the rule will be applicable and how much will the fees be. 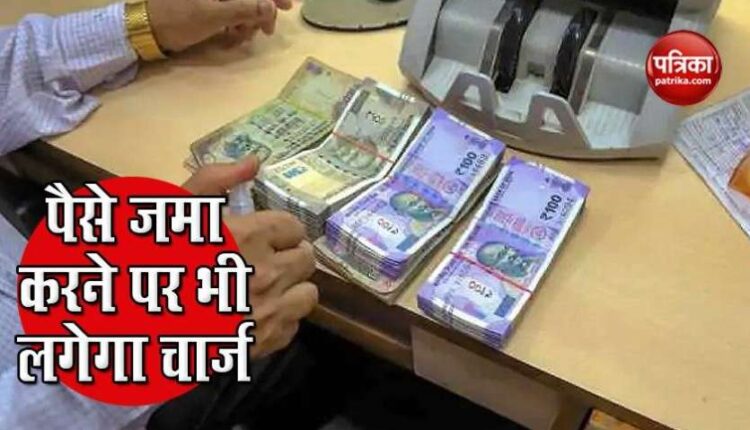 new Delhi. For the convenience of the customers, the bank offers many services. These include net banking to balance check through SMS, ATM and check usage. The bank charges customers something in exchange for these things. Most banks used to charge extra from ATM with a fixed limit of more than Rs. But the same rule will now also apply to deposit extra money. Now people will have to pay some charges even after depositing more money in bank account. This rule will be effective from November.

Bank of Baroda has already implemented this rule. As such, different fees have been prescribed for depositing and withdrawing money from current account, cash credit limit and overdraft account. From next month, the customer will have to pay 150 rupees for the loan account, after three times in a month. On the other hand, big banks like Bank of India, PNB, Axis and Central Bank will take a decision soon.

Will be free three times
According to the new rule, it would be free for the account holders to deposit up to three times, but if the customers deposited the money for the fourth time or thereafter, they would have to pay an additional fee of Rs 40. Banks have not provided any relief for senior citizens also. However, some relief has been given to Jan Dhan account holders. They will not have to pay any charge for depositing the money, but will have to pay 100 rupees for withdrawing money.

Know what will have to be paid
If a customer deposits up to one lakh rupees per day in SIS, current and overdraft account, then this facility will be free. But the bank will charge extra for depositing more money. For depositing more than one lakh of such account holders, one rupee will be charged per thousand rupees. Therefore the minimum fee will be Rs 50 while the maximum will be Rs 20 thousand. Similarly, money can be withdrawn free of cost from CC, current and overdraft accounts thrice a month. They will have to pay Rs 150 for each withdrawal from the fourth time.

Keshubhai Patel left property worth crores of rupees behind, had invested this scheme of post office