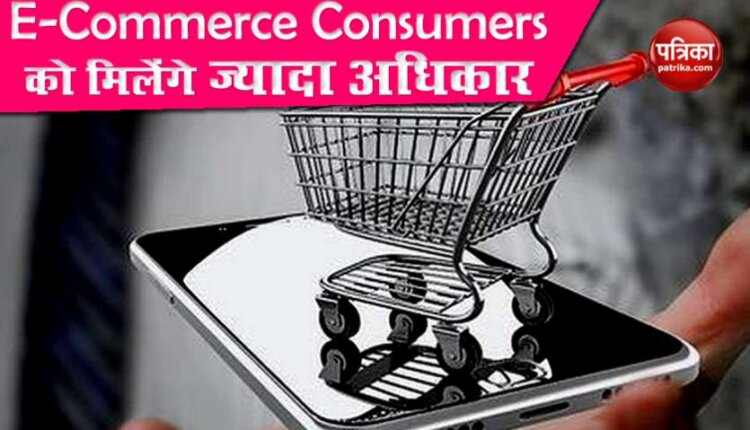 new Delhi. Consumers have got a new weapon in the form of new Consumer Protection Act-2019 to protect their rights. Nearly 34 years later, the e-commerce platform and Direct Selling have also been included in the ambit of the Consumer Protection Act-2019, which came into effect from Monday. However, the provisions related to e-commerce and direct selling (E-Commerce Platform and Direct Selling Guidlines) are not yet implemented. Union Minister of Consumer Affairs, Food and Public Distribution Ram Vilas Paswan said on Monday through video conferencing that consumers can now register their complaints through mobile phones too. .

Complaint will be resolved in a month
He said that the specialty of the new law is that e-commerce companies have also been included in it and now consumers will be more empowered and will be able to protect their rights. E-commerce companies will inevitably have to provide all the desired information in relation to the product on their platform, including the name of the country of origin of the manufacture of a product. Along with providing the necessary information regarding the product on the e-platform, companies will have to accept receipt of any consumer complaint within 48 hours and redress within one month from the date of receipt of the complaint. They will also have to provide information related to returning the product, refunding the money, product exchange, warranty and guarantee, delivery and shipment, payment methods, complaint redressal mechanism, payment channels, security of payment channels, option of charge back, etc.

Also read: Silver price reached historic level from New Delhi to New York, know how much the price has been

E-commerce guidelines will come by the end of this week
Lina Nandan, Secretary in the Department of Consumer Affairs, said that notification of e-commerce provisions will be issued by the end of this week, while notification of rules related to direct selling will be released later. The new legislation includes Consumer Protection Council, Central Consumer Protection Authority (CCPA), simplified dispute redressal mechanism, arbitration, product liability, e-commerce and direct selling regulations, fines and jail sentences for adulteration of products or sale of counterfeit products. There is a provision.

CCPA will have these powers
Order on CCPA to promote, protect and enforce the rights of consumers, as well as prosecute consumer rights violations and file complaints, withdraw unsafe goods and services, unfair trade practices and misleading advertisements Shall have powers to impose fines on manufacturers / endorsers / publishers of misleading advertisements.

These people will have powers of CCPA
The new law provides for the constitution of the Central Consumer Protection Council, a consultative body on consumer related matters. It will be chaired by the Union Minister of Consumer Affairs, Food and Public Distribution and the Minister of State will be its Vice-Chairman and 34 dignitaries from various fields will be its members. Ministers in charge of consumer affairs of two states each of North, South, Eastern, Western and Northeast will also be involved. The term of the council will be three years.

Also read: Delhi is not the highest price of Diesel in this city of the country, know what is the price of Petrol