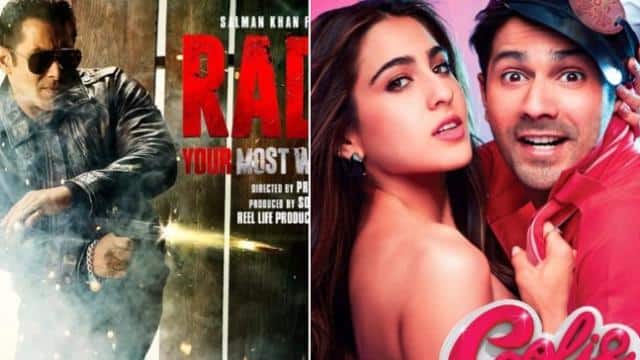 Many stars films are ready and after a long wait, they are now releasing on the OTT platform. At the same time, some are still waiting for the big screen. Experts believe that soon the theater business will return with a bang. Here is an interesting report

There is no doubt that Kovid-19 has badly affected the economic system. Yet it seems that one sector, which is really flourishing during this period, is the sale of OTT in India (of Hindi films). When theaters closed in late March, many Bollywood films went directly to streaming platforms.
This official list includes ‘Gulabo Sitabo’, ‘Shakuntala Devi’, ‘Dil Bechara’, ‘Gunjan Saxena: The Kargil Girl’ and ‘Ghoomketu’. But Akshay Kumar starrer, Rohit Shetty’s film ‘Suryavanshi’ and Kabir Khan-directed film ’83’ still stick to the policy of giving preference to 70MM.

Shibashish Sarkar, chief executive officer of Content, Digital and Gaming Group of Reliance Entertainment, says, “Of course, this is a difficult time, but some films deserve a big screen experience. However, this does not mean that we are against OTT culture. As far as films like ‘Suryavanshi’ and ’83’ are concerned, we are ready to wait till the end of the year. If things don’t get better by then, we’ll see what to do. Every one of us – Ranveer, Akshay and the director – all agree. ‘

Zoya Akhtar’s next film will be a crime drama, Ranveer Singh and Katrina Kaif pair may be seen

Some other films are also unlikely to be released on OTT, such as’ Radhey: Your Most Wanted Bhai ‘,’ Coolie No.1 ‘,’ Jayeshbhai Jodar ‘,’ Bunty Aur Babli 2 ‘,’ Brahmastra ‘and’ field’. These films are also waiting for the big screen. Exhibitor distributor Akshay Rathi says, “The box office may be zero right now, but I think the big screen charm won’t go anywhere.” May wait for some time, but as soon as everything starts recovering, there will be a spectacular return of theater business. ‘

However, in the meantime, there is a long list of films which are supposed to be scheduled for OTT premiere. The list also includes Akshay Kumar’s ‘Lakshmi Bomb’, Ajay Devgn’s ‘Bhuj: The Pride of India’, ‘The Big Bull’, ‘Sadak 2’, ‘Khuda Hafiz’ and ‘Lootcase’. Some of the other OTTs that can appear on screen include ‘leap’, ‘Ludo’, ‘Jhund’, ‘Khali Yellow’, ‘Mimi’, ‘Indu Ki Jawani’, ‘Roohi Afjana’ and ‘Sher Shah’. Mukesh Bhatt, producer of Road 2, says that at this time it is his compulsion to go into the digital platform.

Boney Kapoor, the producer of the film ‘Maidan’, says, “The OTT platform is a big blessing for producers whose films are ready, and they can easily recover their investment through it.”

Trade analyst Taran Adarsh ​​explains, ‘This is just a phase, which will pass. How long a producer can wait for the cinema hall to reopen is unclear. By the way, the magic of the big screen will never fade. ‘

They are waiting for the big screen

– Radhey: Your most wanted brother

– field
(Their release may also change)