Not only gold, but copper earned more, they also beat gold 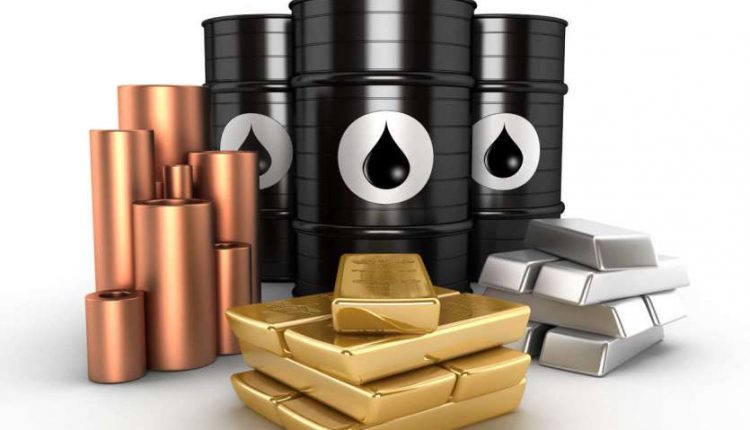 New Delhi. In the last one year, copper has been overshadowing gold in terms of earnings. A track record of both shows that Sona is far behind the copper in terms of returns. The figure is close to 20 percent and 100 percent. Not only copper, but even silver, crude oil and bitcoin in one year have left gold far behind in terms of giving returns. In fact Sona was at her peak on August. Since then, gold has fallen by Rs 10,000. At the same time, investors are investing more in other places after the economy opens. Let us also tell you which metals and currency have more money than gold.

Also read: Even after gold is expensive, it is getting around 10 thousand rupees cheaper, buy today only

Best returns in copper
Copper’s performance in the last one year has been the most spectacular. Due to the fall in the dollar and tight supply, the price of copper is seeing a rise. According to the report, on Monday, copper has reached $ 9000 in the international market. Which is the highest price since 2011. At the same time, during the Chinese New Year, there may be an increase in the price of copper. Copper has seen a growth of 3.1% in the international market in the last three months. After which the price has reached the highest level since September 2011. If we talk about the Indian futures market, on 19 March 2020, copper was at the lowest level of Rs 336 per kg, which has increased to Rs 708 per kg today. During this period, 107 percent returns have been seen in copper.

Bitcoin’s biggest jump
Investment in cryptocurrency increased during lockdown. Due to which the prices also jumped. In the last one year, when we talk about Bibquine in cryptocurrency, more than 1300 percent returns have been revealed. Bitcoin, which was at the low of $ 4555 per quint on March 9, has come down to $ 56100 per quint today. This means that those investing in Batikwine have earned a profit of 1360%.

Also read: Onion will be cheaper before Holi, there will be tremendous cut

Crude oil also earned a lot
At the same time, crude oil i.e. crude oil has also earned a lot of investors. More than copper. Yes, according to the data, on April 28, 2020, India’s futures market reached Rs 795 per barrel on Multi Commodity Exchange. Which has come down to Rs 4355 per barrel today. That is, crude oil gave investors 448 per cent fat. In fact, there has been an increase in the price of crude oil for the past few months. Soon crude oil can cross Rs 4500 level.

Return of more than 100 percent in silver too
Silver has seen higher profits than gold. Those investing in silver have become silver. According to the data, the lowest price of silver on 18 March 2020 was Rs 33580 per kg. Which today has reached 69,300 rupees per kilogram. That is, the people investing in this silver have got 107 percent return.

Sleeping faded compared to the rest
Investment in gold did not prove to be more beneficial than the rest. The figures are giving some similar testimony. The lowest price of gold on 18 March 2020 was Rs 38,327 per ten grams. Which came to Rs. 46,300 per kg. That is, those who invested in gold earned a profit of 21.30 percent during this period. In fact, in the month of August 2020, gold had gone up to Rs 56,191 per ten grams. After that, gold revolved around 50 thousand. Now it has further broken down into the range of 46 thousand rupees. That is, gold has become cheaper by 10 thousand rupees.

What do you know?
Ajay Kedia, director of Kedia Advisory, says the figures are shocking, but this is the truth. Gold has not been able to give as much return in the last one year as silver and other commodity products have given. Especially the returns of copper and bitcoin have been amazing. At the same time, those investing in crude oil have made a lot of profit. Which is expected to continue even further. In fact, investing in gold is a safe place. Now the economy is opening up. In such a situation, people are moving towards bitcoin, crude, equity and other places.