Not only Dilip and Raj Kapoor, Shah Rukh Khan also has a connection with Pakistan, know how the family came to Mumbai 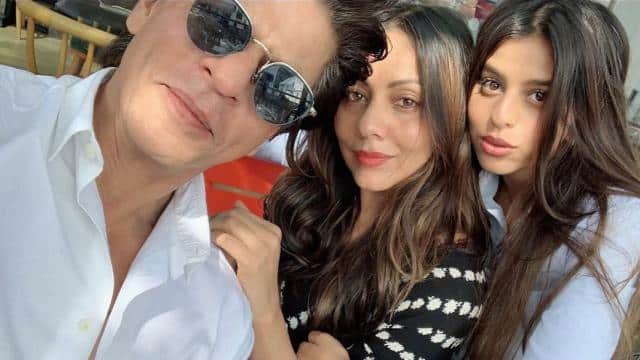 The government of Khyber Pakhtunkhwa state of Pakistan has decided to convert the ancestral properties of Bollywood veteran actor Dilip Kumar and Raj Kapoor into a museum. The two actors have connections to the Kissa Khwani Bazaar in Peshawar, the city of Khyber province. The ancestral homes of both are in this locality. Shahrukh Khan, also known as ‘King Khan’ of Bollywood, has a connection with this area. Shah Rukh Khan’s father Taj Muhammad Khan’s father was born in Shahwali Katal area here. Taj Muhammad Khan was a lawyer and a pro-Congress activist who came to India after partition in 1947.

Shah Rukh Khan has also visited Peshawar, the father’s birthplace in 1978 and 1980. He was quite young then and stayed in the house where his father was born. His cousins ​​still live there. Now if we talk about Raj Kapoor, then his father Prithviraj Kapoor was born here. His father’s name was Diwan Baseshwarnath Kapoor, who was a civil servant in Lialpur district. Now this district is called Faisalabad.

When Kiara was called ‘Kayra’ by the reporter, the actress reacted

However, later the family shifted to Peshawar and Raj Kapoor was born there. Shah Rukh Khan’s house may not exist as before, but Kapoor Haveli still looks quite splendid today. Magnificent wood carvings have been used in it. However, it has not been so strong now and is in shabby condition.

Vikas Gupta after coming out of ‘Bigg Boss’ – has imprisoned himself

Please tell that the Khyber Pakhtunkhwa government has decided to convert the houses of Dilip Kumar and Raj Kapoor into a museum. The government has assessed the market value of both these houses and now the government is preparing to buy them. After this they will be developed as museums.

In these, the life of Raj Kapoor and Dilip Kumar will be told about the journey in Bollywood. Apart from this, information about other things of Bollywood will also be given. Significantly, it was Dilip Kumar’s 98th birthday recently.

Abhishek Chaubey will direct the film, the story of ‘hockey magician’ Dhyan Chand will be seen on the big screen