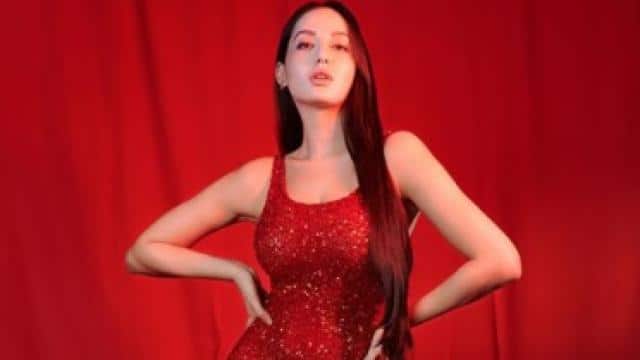 Bollywood actress and dancing queen Nora Fatehi remains very active on social media. These days, one of his dance videos is going viral on social media. In this video, she is seen doing a bang dance. Fans are very fond of this video of him.

Nora’s dance video has been shared on Sony TV’s official Instagram account. This video is from the reality show India’s Best Dancers. In it, she is seen performing choreographer Salman Khan on the song of the film Street Dancer 3D, giving tremendous dance performance on Illeagal Weapon. She is wearing a red color dress, in which she looks quite beautiful.

This video is being fiercely liked and shared. It is known that due to Malaika Arora’s corona virus infection, Nora Fatehi has been brought in as a special judge in this dance reality show. Let us know that recently Nora has 16 million followers on Instagram. Nora shared a special video for the fans on this occasion. With this, he thanked his fans.

It is worth noting that Nora fans with her tremendous performance in Bahubali: The Beginning’s ‘Manohari’, Satyamev Jayate’s ‘Dilbar’, Batla House’s ‘O Saki Saki’, Stree’s ‘Kamariya’, Street Dancer 3D’s ‘Summer’ Has won the heart of Now Nora will be seen in the film Bhuj The Pride of India.