No license will be required to open charging station like petrol pump, government has made special plan 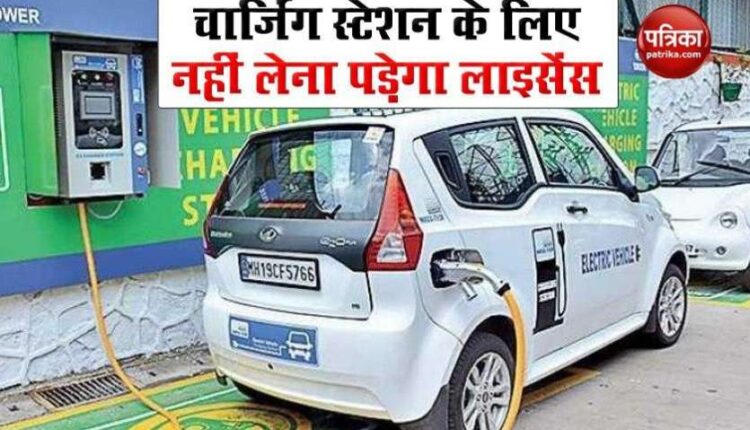 new Delhi. To boost sales of electric vehicles where the government is giving subsidy. So at the same time, it is making all the procedures for opening a charging station easy. It is usually necessary to get a license from the government to open a petrol pump, but no such procedure will be required to open the charging point of electric vehicles. Another option of earning from this will be available to the people. In this, financial assistance will also be provided by the government. A special plan has been prepared for this.

The government is preparing to bring about 1.6 million electric vehicles (EV) on the roads soon. A blue print is also being made to make them a charging station to keep them charged. Minister of State for Power and Skill Development RK Singh gave this information in the Rajya Sabha. According to the planning, in the mega cities with a population of more than 40 lakh, charging stations will be opened first. License will not be required for this. With just a little paperwork you will be able to start this business. Apart from this, preference will be given to expressways-corridors adjoining these cities and 5 major national highways adjoining cities.

The central government aims to have 25 to 30 percent electric vehicles across the country by 2030. There are plans to bring 7 thousand e-buses, 55 hundred e-cars, 5 lakh e-3 wheelers and 10 lakh e-2 wheelers. The first phase of the construction of the charging station is expected to start from major cities like Mumbai, Delhi, Bangalore, Hyderabad, Ahmedabad, Chennai, Kolkata, Surat and Pune. This is followed by Mumbai-Pune Expressway, Ahmedabad-Vadodara, Delhi-Agra, Delhi-Jaipur, Bengaluru-Mysore, Bengaluru-Chennai, Surat-Mumbai, Agra-Lucknow, Eastern Peripheral, Delhi-Agra NH-2 and Hyderabad-ORR Expressway. Will be included for charging station. Some guidelines have also been issued by the Central Electricity Authority (CEA) for setting up charging stations. Under this, the electricity distribution companies will not be able to charge more than the supply cost plus 15 percent from those who install charging stations of electric vehicles.