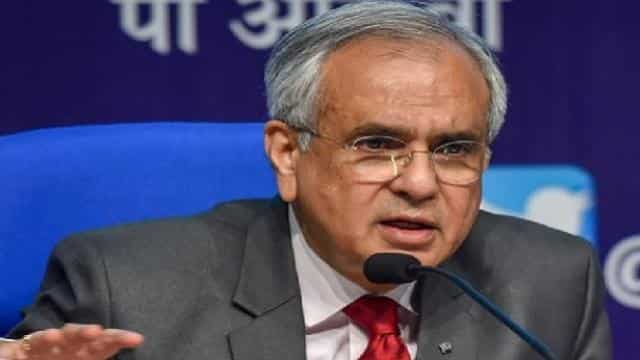 Concerns are being raised by many labor organizations about changes in labor laws in many states. The NITI Aayog while trying to clarify things in this regard has said that the government is committed to protecting the interests of workers. NITI Aayog Deputy Chairman Rajiv Kumar said that the strength of reforms is not to abolish the labor laws altogether.

In recent weeks, various state governments, including Uttar Pradesh and Gujarat, have either amended or proposed amendments to existing labor laws. The industry has been badly affected by the restrictions imposed to prevent the corona virus. This step has been taken by the state governments to provide relief to industry and companies.

Kumar said, “It has come to my notice that the Union Ministry of Labor has tightened its stand and made it clear to the states that they cannot abolish the labor laws, because India has signed the International Labor Organization (ILO) Is in countries.

He said that it is clear that the Central Government believes that reform of labor laws does not mean abolition of labor laws. The government is committed to protecting the interests of workers. He was asked whether labor reforms could be done by states like Uttar Pradesh and Gujarat without creating any kind of safety net for the workers.

On the macroeconomic situation of the country, the Deputy Chairman of NITI Aayog said that like the rest of the world, India is also facing the adverse effects of Kovid-19. This epidemic has severely affected economic activity during the first two months of the current financial year.

The Reserve Bank has said that India’s gross domestic product (GDP) growth rate in the current financial year will be negative. To this, Kumar said that the negative growth is yet to be fully predicted. Right now, many things are unknown on the domestic and global front.

Kumar said that the objective of the government’s Rs 20 lakh crore economic package is not just consumer demand, but to improve aggregate demand. He said that the Reserve Bank has taken several measures to increase cash in the system. The Finance Minister is also encouraging banks to increase the flow of credit. This will help increase the total demand of the economy.

He said that it is important now that the financial sector especially banks should not avoid taking risks and increase the flow of credit to other sectors including micro, small and medium enterprises (MSME). If this happens, demand will arise and we will see improvement in economic activity in the country.

Asked whether the Reserve Bank should monetize the deficit, Kumar said that the government was considering all possible options for financing the stimulus package. On the possibility that companies exiting China may turn to India, Kumar said that if we bring the right policies to target companies, I see no reason why these companies will not come to India.

Disha Patni did bold dance, commented by Tiger Shroff – has set it on fire

Rashmi Desai shared her bold photo amid the lockdown, fans said – just do it too