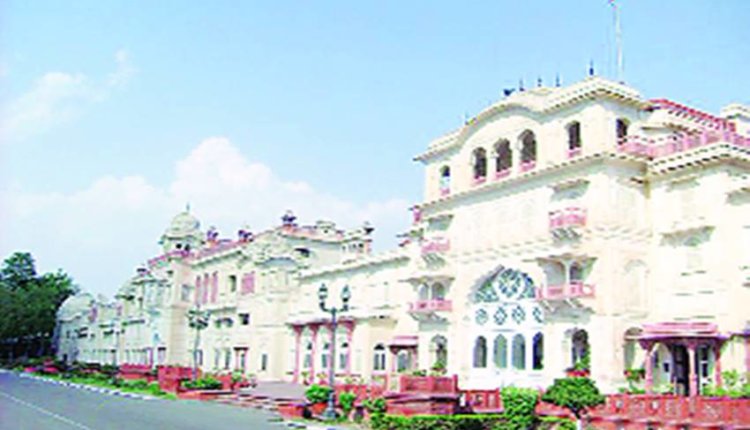 The year 1961 was special for the Indian Games. In the same year, the tradition of awarding Arjuna Award to sportspersons who have brought laurels to the country in the Games started. Even more important was the coming into existence of the National Institute of Sports, Patiala. This step was taken with the idea that the players should be trained in a scientific way by creating a system. With this, the ongoing Princess Amrit Kaur sports coaching scheme went into cold storage.

India’s performance in the Games was not considered satisfactory. The Government of India formed an ad hoc committee in July 1958 to find the reason. The Kaul-Kapoor committee had recommended a Central Sports Institute after visiting several countries. The All India Sports Council recommended setting up of the National Institute of Sports in Patiala on the advice of the committee. Sportsman Maharaja Yadvendra Singh of Patiala showed generosity. He gave Moti Bagh Place spread over two hundred acres to the government for only 35 lakh rupees. The cost of this complex was much more than this. The NIS was inaugurated on 7 May 1961 by Union Education Minister KL Srimali. On the 78th anniversary of Netaji, it was renamed Netaji Subhash National Institute of Sports, Patiala.

The journey is now 60 years old. During this time work was done for the progress and development of Indian sports. With the achievements and shortcomings going on, this institute became a major center of sports activities of the country. Patiala became the first choice of players of various sports for preparing for international matches. The matter is not limited to training camps. Instructors started getting ready here. Not only foreigners started coming for coaching diplomas. Fame began to grow and importance too. Initially services of foreign experts were also taken. Dronacharya Gurcharan Singh, who gave many international and national level cricketers to the country, was in the first batch who did this course in 1961-62.

Ohanbrien of Australia was the one to teach him the tricks of coaching, whose modalities he still admires today. Gurcharan under the banner of both the NIS and the Sports Authority of India had served to refine the cricketing talent at the National Stadium in Delhi. The Delhi center of NIS was so enlivened that the recommendations of leaders and officials at high positions for training were reached. But the selection was according to merit.

The spread took place when the snips meet talked about the regional centers of NIS. Centers opened in Bangalore, Delhi, Gandhinagar, Infal, Kolkata and Aurangabad. Boating in Jaipur spread to the Winter Sports Center in Manali, High Altitude Center in Shimla. From time to time, the status of NIS increased with the arrival of well-known foreign experts. High-level coaches started to be prepared in major sports, whose demand was not only in the country but also abroad. Coaches from thousands came to join the institute, joined the State Sports Council, University and Nehru Yuvi Kendras and started services. The lack of a large number of physical education teachers has been overcome by certificate courses.

Avinash Singh, who spent time in Patiala at the Junior Athletics Camp five decades ago, is also overwhelmed by the facilities there. The serene atmosphere, the best library, the living and the excellent food and drink system won everyone’s heart. Patiala came into the limelight when hockey players Surjeet Singh, Baldev and Virender Singh revolted in the 1970s when they left the national camp. When Prakash Padukone returned to England by winning the Badminton title in the 1980s, he trained in Patiala.

In addition to raising high-quality coaches, the International Olympic Committee’s Solidarity Course, clinics, seminars, workshops, congresses have been organized. Its importance remains even today. Its 60th year journey started with simplicity a few days ago. The circumstances were not even like celebrating. But even today, online coaching courses are going on. According to Raj Singh Bishnoi, the next goal is to make it into a center of excellence.