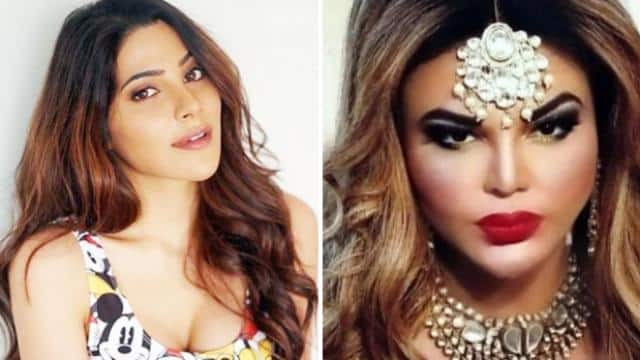 In a recent episode on the TV reality show ‘Bigg Boss 14’, Rakhi Sawant fiercely abused Nikki Tamboli during a task. With this, she said that she takes the men to the corner and does not know what to do with them. In such a situation, the episode of ‘Weekend Ka War’ was seen between Nikki Tamboli and Rakhi Sawant. Now Nikki Tamboli’s mother has reacted to this act of Rakhi Sawant.

Nikki’s mother said that Rakhi Sawant is a big name. They should not say such things. Fans of Nikki are also very young, so hearing all these things can have a bad effect on them. All the things about Rakhi sound very dirty. They should respect the viewers who are watching the show. If the fans of young age ask their mother and father the meaning of these things, then they will be affected so badly.

It is known that once Evict, Nikki Tamboli has again entered the Bigg Boss house. Ali Goni and Rahul Vaidya are also back with them. Also 6 new contestants have also come inside the house. It includes Manu Punjabi, Rakhi Sawant, Arshi Khan, Rahul Mahajan, Kashmirira Shah and Vikas Gupta. But Vikas Gupta pushed Arshi Khan into the pool, due to which he got evicted from home.