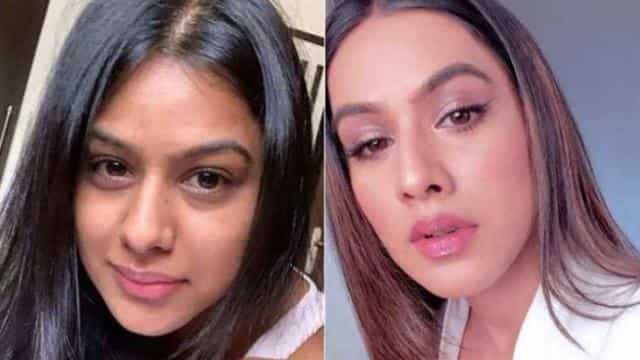 TV actress Nia Sharma is very active on social media. She keeps giving fans a treat by sharing her photoshoot. Recently Nia Sharma posted a selfie without makeup and wrote that I love both of my faces. And I like to be happy just like that.

Let me tell you that Nia Sharma debuted from the serial ‘Kali’ but she got recognition from the serial ‘Ek Thousand Mein Bahna Hai’. In the photo, Nia Sharma is seen flaunting her natural looks. For the sake of information, let us know that Nia Sharma’s show ‘Naagin 4’ has stopped and now a new season has been announced. The first poster of ‘Naagin 5’ has been released. However, it is not clear who will play the role of Nagin in it.

All the shows have stopped shooting due to the lockdown. At the end of ‘Naagin 4’, Nia gave her reaction to this entire matter during an interview recently. Talking to Times of India, Nia Sharma said, ‘Makers have taken this decision thoughtfully. I came to know about this a few days ago. I have no complaint with the show’s closure. The TV industry is going through a very bad time at the moment. We all have to start afresh. ‘

On the news that the show will be out of place due to fees, Nia said, ‘I take a hefty amount because of this I have not been removed from the show. If that were the case, he would not have made me a part of the show already. This situation has come due to lockdown. I am sorry to be separated from this show. Yes, now as soon as the situation will be normal, I will have to find work for myself.

Talking about the economic situation, Rajesh Karir became emotional, said- It is not easy to ask for help in this way, you have to kill yourself.