New Stimulus Package can be announced for the manufacturing sector, know how much can be given 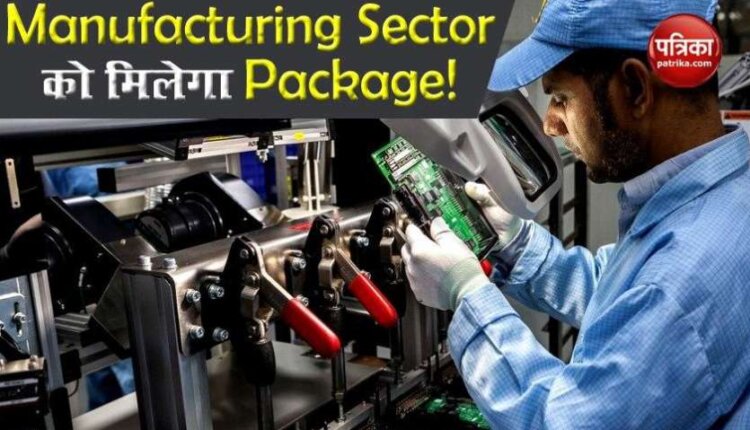 new Delhi. To give a boost to the manufacturing sector of the country, the government is going to bring a new package for the manufacturing sector soon. This information was given on Thursday by a senior finance ministry official. This package will be in addition to the economic package of 20 lakh crore rupees announced by the Government of India. Corona virus ( Coronavirus Pandemic ) To tackle the outbreak of the economy and to help different sectors of the economy, the government recently announced an economic package of 20 lakh crore rupees under the self-sufficient India campaign.

Many sectors can get relief
Secretary in the Department of Economic Affairs, Tarun Bajaj said that to promote the manufacturing sector in the country, the government is considering giving incentives to various sectors. He said that to deal with the economic challenges from the Corona virus epidemic, the government is considering giving financial packages to various sectors. Addressing a special session of the Annual Capital Market Conference ‘CAPM-2020’ organized by industry body FICCI, Bajaj said that the V-shaped recovery in the country after the Corona virus crisis can be seen to be rapid review.

Also read: Ten reasons why gold and silver prices rose from the ground

Increased dependence on agriculture sector
He said that to overcome the economic slowdown caused by Kovid-19, dependence on agriculture has increased more than before. The development of agriculture sector will also have an impact on manufacturing and FMCG sector. Bajaj further said that we work with various departments like energy, road rail and shipping to speed up the process of privatization and get more funds for the development of basic infrastructure. are doing.

Strengthen bond market
Regarding the bond market, Bajaj said efforts have been made to strengthen it and steps have been taken to include bonds in global indicators, allowing foreign investors to invest in selected government securities.

You can become a part of ‘The Kapil Sharma Show’ sitting at home, the comedian himself told the way