New labor code: Women will benefit from changes in labor law, freedom of work in these areas 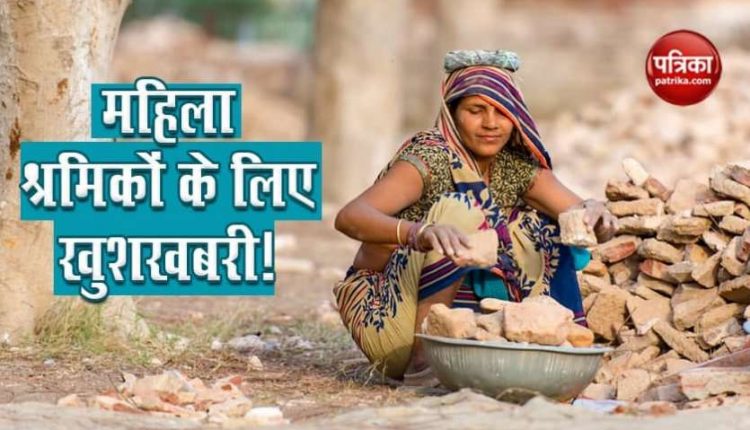 new Delhi. The modus operandi of the Corona period has changed considerably. Meanwhile, the Ministry of Labor has proposed a new Labor Code in Parliament, which will enable things to be more organized than before. Women workers will benefit the most from the new Labor Code. Because according to the proposal they can get freedom of work in many other fields including mining. Not only this, it has also been said that in the matter of salary, they should be given equal status as men.

Till now, women workers were not allowed to work in areas like mining and construction. Only male workers can work in it. But after the passage of the new labor code, women workers will be able to work in all these areas. This will expand their work area. Apart from this, till now women workers were given less salary than men in unorganized sectors in the country, but the new labor code will also eliminate the discrimination in salary. There will now be a provision for equal pay for male and female workers. There will be a provision of digital payment so that the salary is directly received by the qualified person, there will be no possibility of fraud.

Wages to be increased in 5 years
Often, the workers are not able to get salary according to their work. Due to which their needs are not met. Payment is made according to the system which has been in operation for years. But with the passage of the new labor code, the wages of all workers in organized and unorganized sector will be revised every 5 years. This would necessitate revision of the minimum wage every 5 years.

These 5 government schemes can be rewarded, the opportunity to earn double profits with small savings