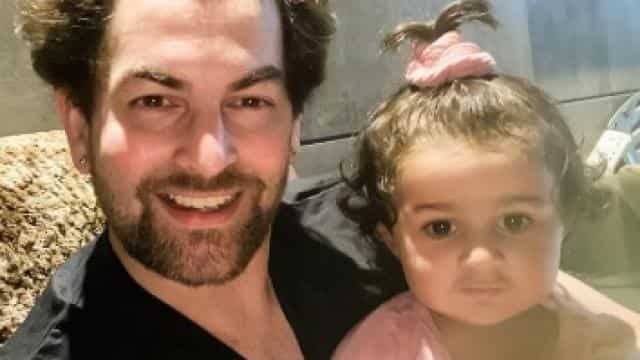 Neil Nitin Mukesh is spending a lot of quality time with his daughter these days. Neil’s daughter is very cute and he keeps sharing photos and videos with her. Now recently Neil has shared his photo wearing daughter’s hairband. The caption Neil wrote with this photo is very cute. Neil, wearing a pink colored mini mouse hairband, wrote, ‘The advantage of being a baby girl’s father. You get something for your hair. ‘

Earlier, Neil shared a video in which he asks the daughter how the train sounds. Nurvi runs over it and takes the sound of the train and tells her father. Sharing this video, Neil wrote, My cute daughter. Not only does it tell me what the sound of the train is like, but it also drives me behind me as if it were a train. Believe it runs very fast. My morning cardio is done.

Please tell that Neil Nitin Mukesh was married to Rukmani in the year 2017. Their marriage was very much discussed, in 2018, they became couple parents. Talking about Neil’s professional life, he was seen in the last film Saaho and Bypass Road. Both films were released in 2019.

So far Neil has not made any announcement regarding his upcoming film. However, due to the lockdown these days, shooting of films has stopped. So now only after lockdown Neil can tell about his upcoming films.