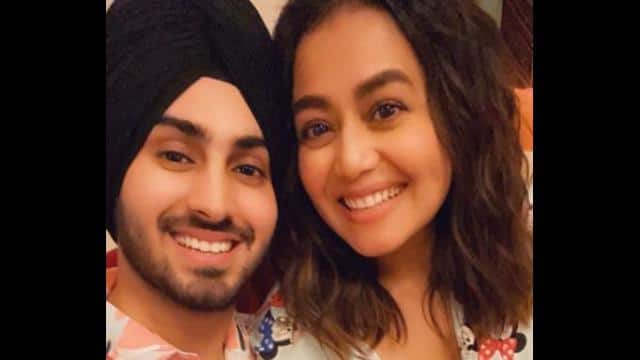 Bollywood singer Neha Kakkar and Tony Kakkar’s song ‘Mile Ho Tum Humare’ has crossed 100 million views. It is the first song from India which has got one billion (100 crore) views. Meanwhile, Neha and Tony shared a video to thank the fans, on which Rohanpreet Singh has given a reaction.

Rohanpreet writes, “You are God’s favorite child, I love both of you, party.” Along with this, Rohanpreet has also created two black heart emoji. Let me tell you that Tony Kakkar has composed and written this song. Neha Kakkar has given it her awe.

Significantly, Neha and Rohanpreet’s marriage is being discussed. According to reports, the two are about to get married soon. In the meantime, a photo of both of them was stopped and went viral. However, it can also be faked, as a friend of Neha, while talking to Bollywood Hungama, said that the news of Singer’s marriage is false. She is not married yet. This news is as wrong as the news of Aditya Narayan and Neha’s marriage.

Rohanpreet Singh shared the photo, Neha Kakkar said- Baby, you are the best

Reaction of ex boyfriend Himansh Kohli
Recently when Himansh was asked about Neha and Rohanpreet’s marriage, he said, “If Neha is getting married then I am happy for her.” She is moving forward in her life. It is nice to see someone with them. “

PM kisan Samman Nidh: In November, the government will send the next installment to the farmers’ account, do this work to take advantage