Neha Kakkar shared a video from her room on her honeymoon with husband Rohanpreet Singh, goes viral 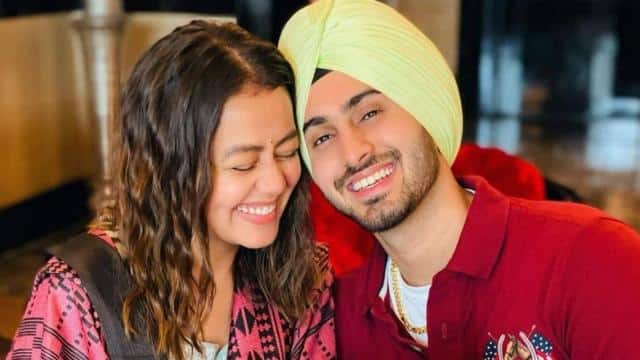 Famous singers Neha Kakkar and Rohanpreet Singh are enjoying their honeymoon period in Dubai these days. Many videos have surfaced during the duo’s honeymoon trip. Now Neha has shared a video of her from the hotel room, which is being well liked. In the video, Neha is seen lip syncing on Rohanpreet Singh’s recent release song X Calling.

In the video, Neha Kakkar is seen repeating that line of the song, which means, we used to express love, so you used to feel like children, God give you children. Sharing the video on Instagram, Neha Kakkar wrote, ‘I love Rohanpreet Singh’s X calling song. What is written, babbu? It is known that this song has been written by Song Writer Bablu. Commenting on this video of Neha, she wrote, ‘Thank you very much. God bless you both. ‘

Earlier Neha shared 2 videos of Rohanpreet, in which he is embarrassed to see girls in bikini. Rohanpreet hides her face behind Menu and Neha starts laughing. Rohanpreet says, my God After this Neha says, what is the view Rohu said.

Let me tell you that both Neha and Rohanpreet came together for the song ‘Nehu the Vyah’. Only met each other for the first time. On how to meet, Rohanpreet Singh says that he did not know that the song Neha has written will be true for both of them in real life.

Rohanpreet says, “We both met each other for the first time on the sets of the song Nehru The Vyah. I did not know how Neha wrote the lines of the song. And, didn’t even know that these lines would one day come true in our real life. This song changed my life for good. ‘