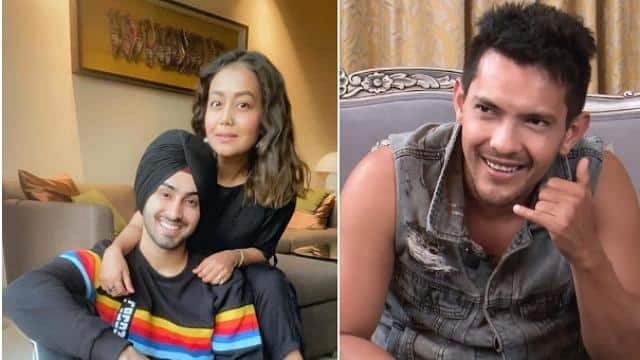 Neha Kakkar has confirmed her relationship with Rohanpreet Singh. Neha shared her photo with Rohanpreet on social media and wrote, You are mine. On this post of Neha, Rohanpreet commented, Neha Babu, I love you so much my life, yes I am just yours. my life. Rohan has also posted a kissing emoji along with several heart emojis.

After Neha confirms the relationship, Aditya Narayan congratulates him. Aditya shared the photo of the two and wrote, Neha Kakkar and Baby Bro who are now handsome men. With this caption, Aditya has also shared the heart emoji.

After this Neha had shared a meem which, while sharing on her Instagram account, wrote, Achcha sila di tune. When asked about the relationship between Neha and Rohanpreet a few days before Himansh Kohli, he said, ‘If Neha is getting married then I am happy for her. She is moving forward in her life. There is someone with them and it is nice to see that.

Himansh was again asked if he knew about Neha and Rohanpreet’s love story? The actor said, “No, I don’t know anything”.

By the way, let me tell you that Neha and Himansh had been in a relationship for 4 years. The two had a breakup in the year 2018. Neha herself reported her breakup through social media. Neha had also told that she had come into depression after the breakup.

Bigg Boss 14: Hina Khan is charging a hefty fee for 2 weeks, will be shocked to know