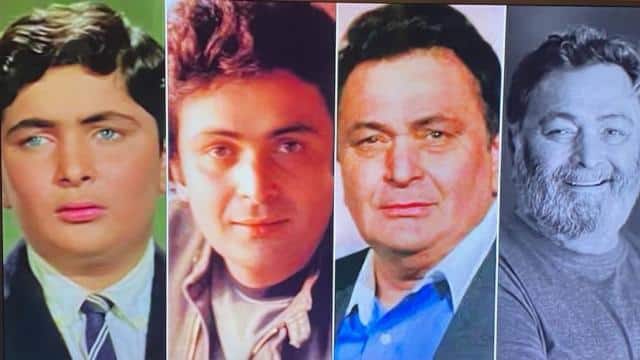 She is remembered by Neetu Kapoor, wife of the late actor Rishi Kapoor. Sharing a photo collage of Rishi Kapoor on Instagram, Neetu Kapoor has written, ‘My name Joker movie was released on December 18, 1970. Today he would have completed 50 years in the Indian film industry. Rishi Kapoor was cast as a child actor in the movie Mera Naam Joker with the lead role of Raj Kapoor. Raj Kapoor’s film proved to be a flop at the time of release, but later became a hit. Even today, this film is considered one of the iconic movies of Indian cinema.

The photo collage shared by Neetu Kapoor includes 4 pictures of Rishi Kapoor. In this way she has shared pictures of different ages of her husband and late leader. While sharing her pictures ranging from child artist to character role, Neetu Kapoor has remembered her husband. Commenting on this picture, director Karan Johar wrote, ‘My evergreen favorite actor.’ Karan Johar gave him a negative role in Agneepath Movie after a long break. Apart from them, designer Manish Malhotra has also posted several images.

Earlier on the occasion of the birth anniversary of her father-in-law Raj Kapoor, Neetu Kapoor shared her picture with her husband. With this, he wrote, ‘I miss and miss both of you’. Neetu Kapoor is currently busy shooting for the comedy drama film Jug Jug Jio. Recently he had a corona. Due to this, she returned to Mumbai from Chandigarh. Now he has decided to return to Chandigarh after being corona negative. The film is going to be shot again from December 19. Apart from him, actors like Anil Kapoor, Varun Dhawan, Kiara Advani are going to be seen in this film. Let me tell you that on April 30 this year, veteran actor Rishi Kapoor died. He was ill for a long time.

Indian stock market flat amidst boom in foreign markets, passion in IT and tech sector

These gifts received in finance, insurance and banking in 2020, will also change from January 2021