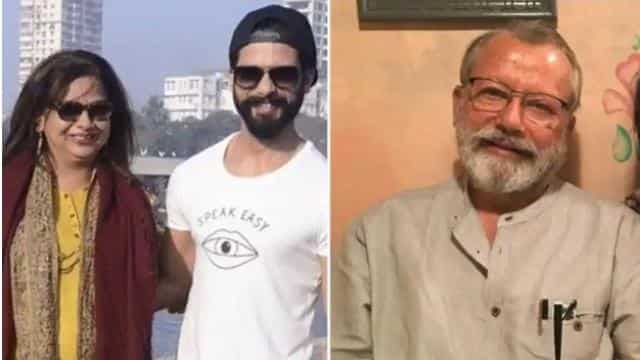 Neelima Azim single-handedly raised Shahid Kapoor. He was only three and a half years old when Pankaj Kapoor parted with Neelima Azim. During an interview recently, Neelima Azim spoke openly with Pankaj Kapur on the divorces and told how difficult it was for her to have a single mother.

Neelima Azim says that I want to say that I did not separate from Pankaj, Pankaj chose to move on. This is the truth. He went ahead and it was very difficult for me to digest it. However, Pankaj may also have his own facts. We are good friends. Perhaps I was 15 when Pankaj and I had a friendship.

Neelima further says that when our breakup happened, ie Divorce, it was very difficult for both of us. The heart was broken between friendship and engagement. Okay, he is now with his family and settles. I am happy for her and pray for her safety.

Let us tell you that Neelima and Pankaj were married in the year 1975. In 1984, after nine years of marriage, the two decided to separate. Pankaj Kapoor then married Supriya Pathak. Both have been together for more than 30 years. They have two children, Sana Kapoor and Ruhan Kapoor, who both made their Bollywood debut in the film ‘Fantastic’.

Neelima’s friends and dance troupe helped her come out of all these things. At that time Shahid became his support. Neelima says that Shahid gave me confidence in life. I was very young and I had to start things again. Took time, but I recovered. Neelima Azim is the mother of Ishaan Khattar. He married Rajesh Khattar, but the two later separated. Apart from this, Neelima also married Ustad Raza Ali Khan, but it was also not successful.