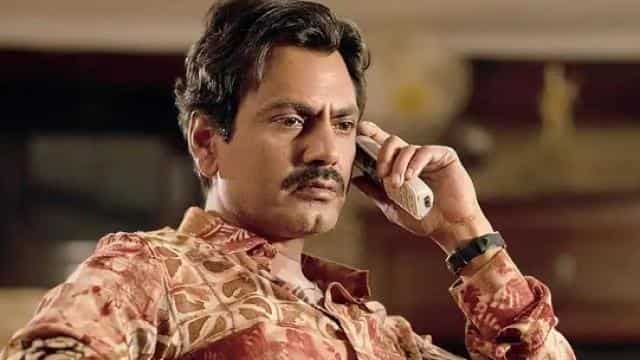 After the death of Bollywood actor Sushant Singh Rajput, people are talking about mental health. Sushant was suffering from depression for a long time and this is why he took this step. Now Nawazuddin Siddiqui told that at one time he too went into depression. Nawazuddin used to have no work. The condition was that there was no money to eat. Because of this, he became a victim of depression. During an interview with Hindustan Times, Nawazuddin Siddiqui recalled his days of struggle.

Nawazuddin Siddiqui said, “I have always been hardworking and fighting like a laborer. I don’t think I’m anything more than that. My intentions were the same. I never dreamed of becoming a star. My intention was just to live and earn to eat. This went on for 10 years. I did odd jobs and used to go to friends’ house to eat. It was a difficult period, but we were still very happy. But yes, at that time I felt stressed because of not getting work. Depression and frustration start when your dreams are big. ”

He said that when people accept a big challenge, they start feeling depressed. This will not happen if you do not stress yourself. He said that success does not guarantee happiness. If happiness is not in your nature then you can never be happy even if you have the whole world.

Nawazuddin Siddiqui further said that I had become very weak due to not eating properly. Even my hair started falling out. I used to get tired after walking 2 km. At that time I felt like I was about to die. Because of this, I used to roam around the house all day to see the world, because I did not know how many days I was going to live.