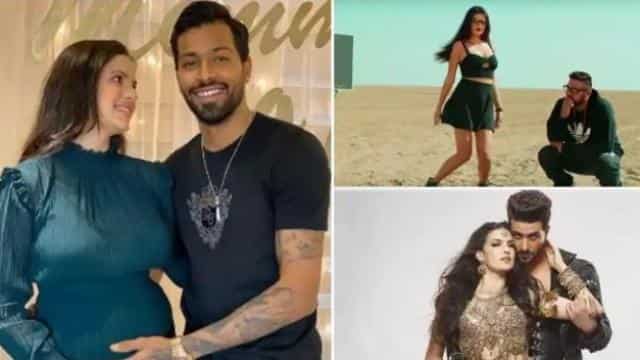 Cricketer Hardik Pandya and his fiancée Natasha Stankovic surprise the fans. She shared a photo on social media and said that both of them are going to become parents soon. Also, he shared a photo in which both are seen in the wedding couple. Let me tell you that Natasha is a Serbia model. She has worked in many reality shows and popular dance videos. Let’s know five special things about Natasha:

1- Natasha has worked in Badshah’s song ‘DJ Wale Babu’ including many commercials.

2- Natasha performed a special dance in Emraan Hashmi’s film The Body named Jhalak Dikhlaja Reloaded. It is a remake of the song ‘Aksar’ which was released in 2006.

3- Natasha also participated in ‘Nach Baliye Season 9’. She was seen with her ex-boyfriend Ali Goni. Both were the third runner-up on the show. The show was won by Prince Narula and Yuvika Chaudhary.

5- Natasha participated in ‘Bigg Boss Season 8’ and she became homeless from the show on the 28th. This season was won by Gautam Gulati.

Let us tell you that Natasha gave another good news to the people through social media posts. Natasha is pregnant and she is soon to become a mother.

Sharing the post, Natasha wrote that Hardik and I have come a long way, which was quite memorable. And now it is going to be even better. Together we are waiting for the little guest to come. Both of us are very happy to go to this new step of life. Bless you guys. Bollywood celebs congratulated her and Hardik on seeing this post of Natasha. It includes many celebs like Ada Sharma, Abhay Deol, Priyanka Sharma, Crystal D’Souza, Vishal Singh, Sophie Chaudhary.