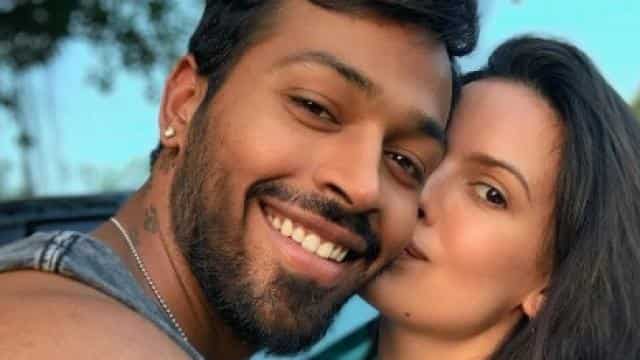 Natasha Stankovic is still at home due to the lockdown these days, but she spends time with her fiancé Hardik Pandya. Now recently, Natasha has shared a photo with Hardik, which is becoming increasingly viral on social media. In this photo, Natasha is kissing Hardik.

It became viral on social media as soon as Natasha shared photos.

Talking about Natasha and Hardik, both of them had made their relationship public on 31 December 2019 after dating each other for a long time and both of them got engaged on 1 January 2020 the next day. Hardik propelled Natasha to Dubai in a filmy manner. Natasha shared this video on Instagram.

Manyata is away from husband Sanjay Dutt in lockdown, said – wish I were together this time

Natasha, born and raised in Serbia, began learning dance at the age of three. At the age of 17, she enrolled in the Modern School of Ballet. After winning the title of Miss Sports Serbia in 2010, she was determined to pursue a career in acting and dance. To fulfill this dream, he ventured into Bollywood in 2012. The very next year, he received a lot of discussion with the item number ‘Hamari Atariya Mein’ in the film Satyagraha, while Bigg Boss Season-8 gave him a new identity.

Let us know that Hardik has been away from cricket for a long time. Since the ICC World Cup 2019, he is running away from the Indian team due to lower back injury. He made a comeback after the World Cup, but had to overcome cricket after the injury recovered. Meanwhile, he also underwent surgery in London. After this, Hardik recently made a strong return to the cricket ground in the DY Patil T20 tournament.

Asha Bhosle is spending time remembering the old days, said – this is the time to live together