Naseeruddin Shah said, Salman’s films will be released on OTT, then it will be interesting to see the reaction of the fans. 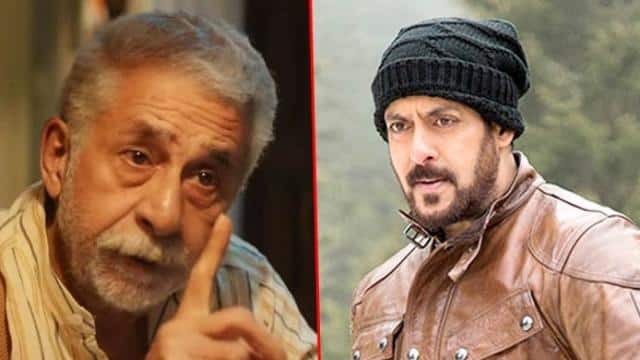 Theaters have been closed for several months due to Corona virus, due to which many films are now being released on OTT. Meanwhile, Naseeruddin Shah has made a statement about similar films which is quite in the news. Naseeruddin says that he suspects that when Salman’s films release on OTT, will he get the same reaction as he used to get in theaters.

Naseeruddin said during an interview with Rajeev Masand, ‘It will be interesting to see if Salman Khan’s films will be released on OTT, even then the fans will still whistle or clap, dance in the streets like they would do on theaters’ release Were. I doubt it ‘.

After the death of Sushant, there is a debate about nepotism. A few days ago, Naseeruddin was asked in an interview whether he thought there would be some changes from this debate. So he said, this can only be expected, but the level of this debate is getting very childish. Why are we washing our dirty diapers in front of everyone.

He said that after Sushant’s death, people are arguing about nepotism and ousides in Bollywood. Regarding Kangana Ranaut, she said that she is targeting some filmmakers and starkids, even tapping actors like Taapsee Pannu and Swara Bhaskar as B grade.

Naseeruddin further said, ‘If we all start shrinking, then this Industry will be known as the worst place on earth’.