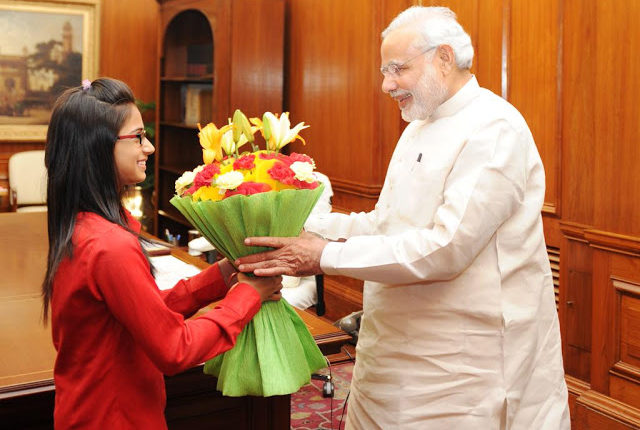 New Delhi. UPSC has declared the results of the Civil Services exam. Prime Minister Narendra Modi on his Twitter page congratulated the successful candidates of UPSC. Modi wrote in his congratulatory message, “Congratulations
to all those who successfully cleared the Civil Services Exam & my best wishes as you begin the journey to serve the nation”. He also motivated other who didn’t cleared the exam.  Modi in his motivational message wrote, “To those who didn’t clear the exam- such moments are a part of life. This must not deter you from your future endeavours. My best wishes.” The examination was conducted in August 2014. Among the top 5 in Civil Services Examination, top four candidates are girls. The five topper are Ira Singhal, Renu Raj, Nidhi Gupta, Vandana Rao and Suharsh Bhagat.

Congratulations to all those who successfully cleared the Civil Services Exam & my best wishes as you begin the journey to serve the nation.

To those who didn’t clear the exam- such moments are a part of life. This must not deter you from your future endeavours. My best wishes.

Results after four days of the interview

A total of 1236 candidates were selected for appointment in the exam. In these general categories had 590, 354 in OBC, 194 and 98 in SC and ST respectively. Meanwhile, 254 candidates are in the waiting list. A senior officer
of UPSC said it was the first time that the final result was declared, the four days after of the closing date UPSC interview. Last year on August 24th across the country Civil Services Preliminary Examination was conducted at 59 centers in 2137 locations.

According to reports, about 9.45 lakhs of people applied for 1,364 posts, about 4.51 lakh people had given the exam. 16,286 candidates gave the main exam of the civil services. The result was announced on March 13 this year. hereafter 3,308 candidates were selected for the Personality Test. Which were taken from April 27 to June 30. The official said in terms the candidates and according to the number of centers this was biggest test so far conducted
by the commission.

The three phases of the UPSC Civil Services Exam preliminary, main and interviews are conducted.