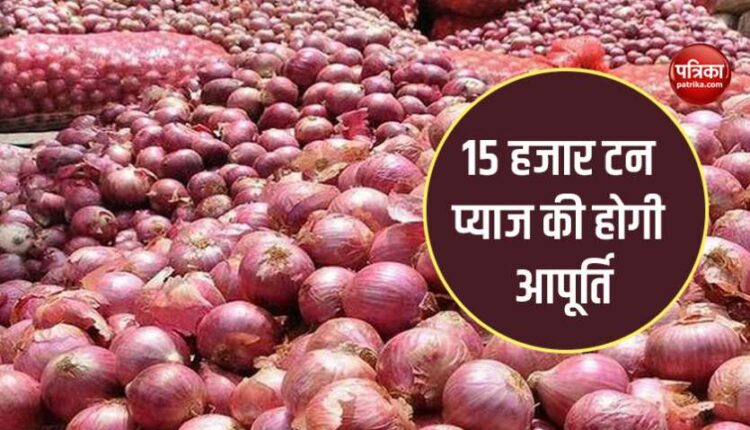 new Delhi. Due to the continuous increase in the prices of Onions Price Hike, it has become out of the reach of people. People are avoiding using onions in the early hours. Shopkeepers also have to loose more pockets to buy it. But the Central Government has taken a major initiative to check the on-going price rise of onions. Under this, the National Agricultural Cooperative Marketing Federation of India on Friday issued orders for the supply of 15,000 tons of imported onions. In such a situation, availability in the domestic market will also increase.

The hoarding was also intensified due to the increase in prices of onions. At the same time local shopkeepers were selling them at a higher price in order to earn more profit. The central government was trying for a long time to curb all these. Finally, a tough step has been taken by NAFED. According to the order, the imported onion will be distributed from the port cities, so the quantity of onion has been obtained from the state governments. So that fast supply can be ensured.

NAFED plans to issue regular tenders for additional supply of imported onions. Private importers have been offered to supply people to get good quality onions. It is known that onion was imported from Turkey and Egypt last year. But this time, private importers have been approached to buy good quality onions. The move has seen a steady decline in wholesale and retail prices of onions.

Tender process completed
Details have been sought from the governments of which state to get the required quantity of onions. Also, the tender process is being finalized so that onions can be supplied at the right time. That is why many successful bidders have been entrusted with the responsibility. It is known that medium size onions are generally preferred in India, hence emphasis is being placed on providing good quality onions.