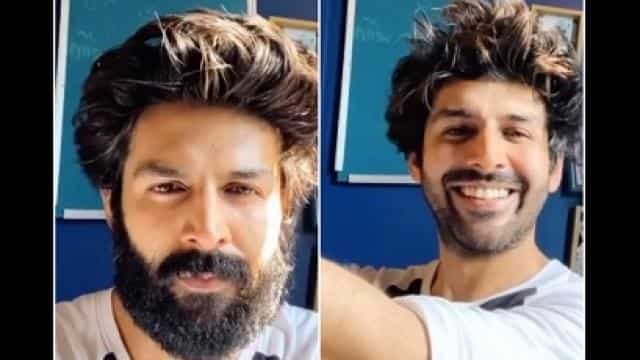 Karthik Aryan has been in discussion about his beard for a long time. Karthik had not shaved since the lockdown and his beard grew much larger. He used to keep posting with his beard. Now he shared his video on Saturday in which he is sitting when his mother says that he gives her a pot then he gives her a pot. Then she says to give sari and Karthik gives sari. She then says to give the car, but Karthik realizes that she is speaking a beard and removes his beard.

After this, Karthik’s mother says, I had spoken the car and then Karthik sees his face in the camera.

Karthik Aryan is a Bollywood star who has millions of crazy girls. His smile always makes people crazy. Not only this, every Bollywood diva from Sara Ali Khan to Ananya Pandey wants to work with him. But recently, Karthik revealed who his favorite actress is.

In fact, during the rapid fire session of an interview, Karthik was asked with whom he would like to be trapped in an island, and he immediately named Kareena Kapoor Khan. Karthik said, ‘She is my favorite’.

Let us know that Karthik and Kareena had walked the ramp together for the show of designer Manish Malhotra earlier. Photos of both of them went viral on social media.