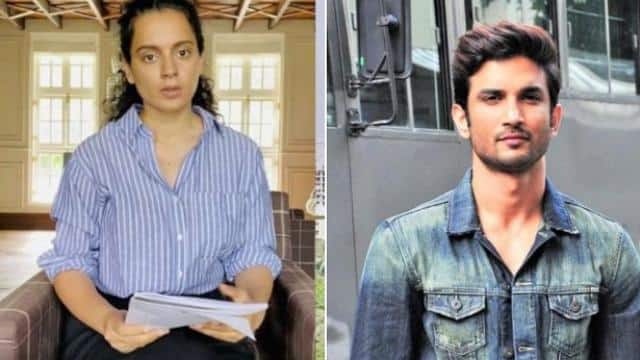 It has been more than 1 month since the demise of Sushant Singh Rajput and it is not yet known why the actor committed suicide. In this case, the police has so far questioned the actor’s family, friends, Riya Chakraborty and many more. At the same time, news is coming that Mumbai Police can now interrogate Kangana Ranaut. According to Aaj Tak’s report, Mumbai police can ask Kangana if they have any information to find out why Sushant committed suicide. Kangana may be questioned about things related to Sushant’s professional life.

Let us know that recently he recorded the statements of 3 psychiatrists. According to Mumbai Police, Sushant Singh was undergoing treatment for depression since November 2019. Now news is coming that Sushant was struggling with a bipolar disorder. According to a psychiatrist, Sushant was quite stressed. But what was the reason for his stress, no doctor could answer this.

Meanwhile, Kangana has questioned the psychiatrist. Tweeted from Kangana’s team’s Twitter account, ‘Suddenly many reports are coming out from Mumbai Police, in which they have called Sushant mentally ill. Many psychiatrists have made claims that Sushant occasionally met. Wow, can they prove it? Is it not against the law to bring out any medical history? ‘

Suddenly many news reports from Mumbai Police doing rounds that Sushant was “mentally ill”, one of many psychiatrics who he met occasionally has claimed.
Wow !!! can he prove it? Is considering it against law to disclose medical history even if he had any?

On Tuesday, film critic Rajiv Masand was called to the police station for questioning in Sushant case. In the afternoon he reached Bandra Police Station and got his statement recorded.

Madhuri Dixit was seen surfing amidst the waves of the sea, gave this special message to the fans