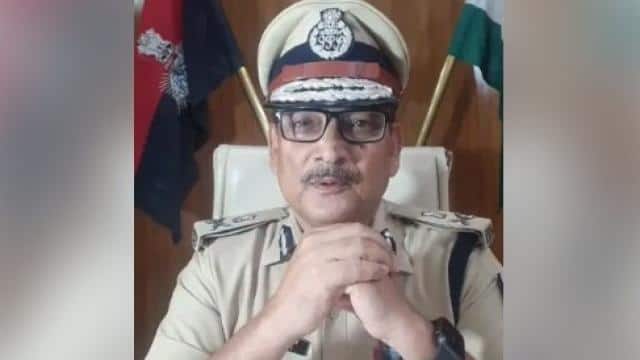 According to DGP Gupteshwar Pandey, there were reports of Bihar police officers registering a case. For this he sms the Mumbai Police Commissioner. He wanted to know whether the lawsuit had actually happened. If so, they should be sent full details of the case so that they can take action. According to the DGP, after the SMS was sent, the Mumbai Police Commissioner called him and told that no case had been registered. It is rumored.

The Police Commissioner of Mumbai just told me on phone that no case has been lodged against any Bihar police officer in Mumbai. It is just a rumor. He spoke with great respect. Thank you very much.@MumbaiPolice @CPMumbaiPolice

There has been a tussle between Mumbai and Bihar Police over the past several days over the investigation into Sushant Singh Rajput’s death. However, the case has been handed over to the CBI and it has also filed its FIR. Meanwhile, the news came that an application has been given to the Mumbai Police by an organization for a case against the Bihar Police team which went in the wake of the investigation. Bihar Police expressed strong resentment over this.

The DGP said that it would be ridiculous and regrettable if we started suing them and them. Doing so will not solve the problem. One, they did not support our team, everyone saw it. Did our team prevent him from doing research or hinder his official work. They do not know who is giving such advice. The credibility of Mumbai Police is falling all over the country, people are laughing. By doing this, the morale of Bihar Police is not going to fall.

read this also: Was Sushant Singh Rajput taken on a Europe tour under a conspiracy?

Let me tell you that a news came on Tuesday, according to which some people of Maharashtra’s Karni Army have given a written complaint against five Bihar Police officers at Bandra police station in Mumbai. The Karni Sena had alleged that the SIT had reached here despite the Bihar Police not having a jurisdiction. By doing this, the image of Maharashtra and Mumbai Police has been tarnished. On behalf of the Karni Sena of Maharashtra, demanded a case to be registered in this case.

Complaint filed in Mumbai against member of Mumbai Police and Karni Army
The youth, who are running a case called Justice for Sushant in Patna against the Mumbai Police and Maharashtra Karni Sena member, have given a written complaint to the Rajivnagar police station. Vishal Singh Rajput, in-charge of Justice for Sushant, has alleged that Maharashtra police officers are deliberately complaining to others against the Bihar Police under a deliberate conspiracy. This has tarnished the image of Bihar. Also, Bihar Police personnel are being mentally disturbed.