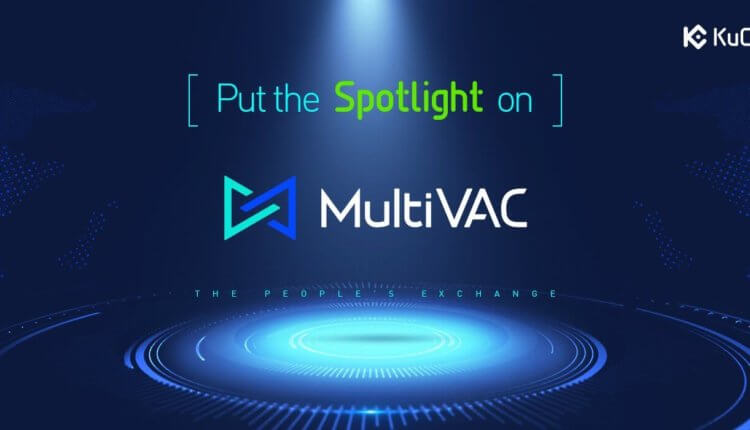 Kucoin to conduct its first IEO for a blockchain project called MultiVAC via Kucoin Spotlight, The IEO is on April 3rd, 2019. The MultiVAC tokens will be offered against KCS tokens. The IEO is similar to Binance Launchpad. Should you participate or not?

MultiVAC also proposes a unique capability on their blockchain, which allows developers to decide the flexibility of smart contract on the basis of decentralization, performance, and security.

The developers can trade off among one of these three to build the application as per the requirement. i.e., On-chain Blockchain has limitation. Among the three essential aspects of the blockchain, it can only achieve any two at a time.

So most of the public blockchain define it while they are built, but with the use of MultiVAC Virtual Machine(MVM), MultiVAC blockchain gives the opportunity to developers to define these aspects as per their requirements while building Smart Contract.

MultiVAC is entering into the most competitive space of blockchain, Scalability. The whole blockchain industry in trying to build a blockchain with High throughput. The primary competitor for MultiVAC is Zilliqa, Emotiq, Dfinity, and Quarkchain.

Considering the current market condition, and Initial supply of MultiVAC, the market cap can reach upto USD 15 million on the listing, which is 4X+ from the public sale price.

2019 is the year of IEO. Yes, Binance has fueled the trend of IEO and the same was followed by various exchange such as BitMax, Huobi, and others.

The recent IEO listing on these exchange has shown the IEO are performing good, and the return has been above 3X for most the project. Bittorent and Fetch were listed above 5X on listing day. Considering the IEO market situation, MultiVAC price can easily do 4X in the Kucoin IEO.

P.S: Note these price prediction based on some data we collected from various source and internal research. Price prediction may differ, and we request our reader that not to be dependent on this solely.

Petrol, Diesel Prices Today: Petrol-diesel prices have not changed for…