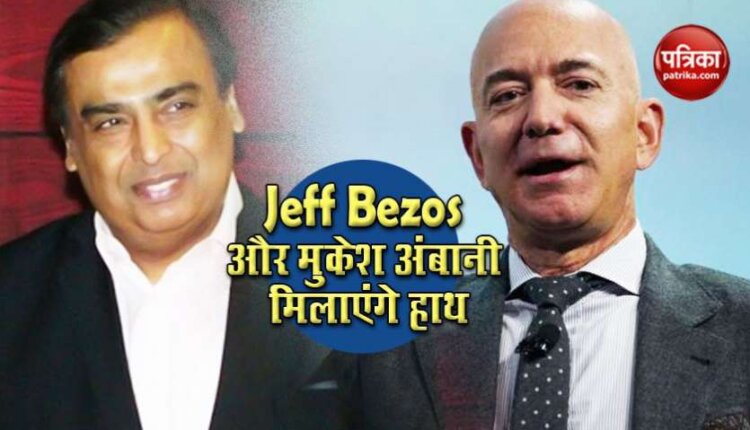 New Delhi: Reliance Industries (RELIANCE INDUSTRIES LTD) has been surprising everyone by moving from one deal to one for the last 2 months. We are going to do it again. According to an English channel, amazon.com can buy a 9.9% stake in Mukesh Ambani’s Reliance Retail. Reliance Retail is a part of Reliance Industries limited and we already told you that now After Jio Digital platform, Mukesh Ambani is going to focus on increasing the retail business.

Amazon will buy a stake in Reliance Retail for Jio Mart. Through this, Amazon will get preferential access to Jio Mart. Jio Mart is an e-commerce company of Reliance’s retail arm.

Post Office’s Senior Citizen Savings Scheme will give huge profits even in Corona period, 4 lakh interest will be given on 10 lakh investment

Deal sign in lockdown Reliance Industries has raised about $ 20 billion since April this year. Companies like Google and Facebook have bought stakes in it. Thanks to these deals, the company declared itself debt-free ahead of time. Now once again, Ambani has started deals in retail business. It will be seen that this sequence will stop and what new writing will be written in the history of the company.

Ten banks that are giving the cheapest personal loan, cash troubles will be away in…

During the Corona period, the demand of Indian spices increased abroad, they are…

KVP: This scheme of Post Office will double amount in 124 months, will get millions…

Sara Ali Khan confesses, came close to Sushant during the shooting of…