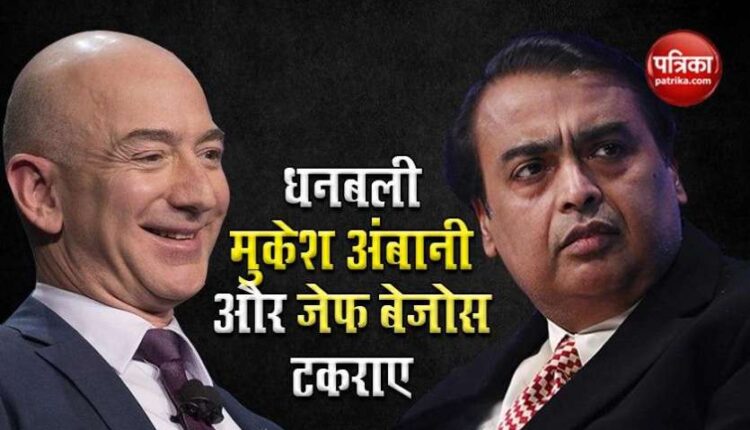 new Delhi. A Singapore court, hearing an appeal from Amazon, has issued an order for an interim stay on the deal between Reliance and Future Group (reliance-future deal). Reliance has signed a deal to buy Future Group’s future retail and wholesale business for Rs 24,713 crore. Following the court’s decision, a media note has been issued by Reliance Group.

Amazon’s objection
In fact, in August 2019, Amazon bought a 49% stake in Future Coupons. For this, Amazon had paid Rs 1,500 crore. The deal stipulated that Amazon would have the right to purchase the stake of Future Retail Limited after a period of three to 10 years. According to Amazon, one of the conditions in the deal was that Future Group would not sell its retail assets to Mukesh Ambani’s Reliance Group.

Gold Rate Today: Buy gold and silver jewelry before Karvachauth, know how much it has become cheaper

Ambani wants to play big bets
After occupying oil, telecom and digital markets, Mukesh Ambani is now set to play a big bet in the retail sector. Under this, there is a lot of foreign investment in Reliance Retail. In the current round, the value of Reliance Retail is 4.28 lakh crores. Which sit around 10% of the total market share of retail. Meaning 90 percent of the market is still open. Therefore, both Ambani and Bezos want to capture this big market.

Satya Nadella gave information, 3 people get a job every minute from LinkedIn

Shraddha Kapoor will play the role of ‘Ichchadhari Nagin’, the film will be made in three parts