Mukeh Ambani may soon leave Mark Zuckerberg behind in terms of richness, know how much distance is left 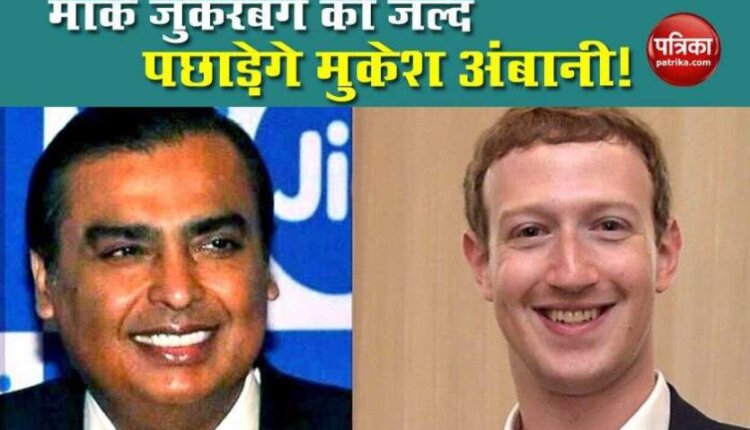 new Delhi. An untold and strange battle has begun between the fifth richest man in the world, Mukesh Ambani and Facebook founder Mark Zuckerberg. He is the fourth richest person in the world. The eyes of people around the world are now focused only on the fact that Mukesh Ambani will now be able to leave Markjukerberg behind in terms of wealth. If so how long? In fact, the case of Mukesh Ambani Net Worth is only $ 5 billion behind Mark Zuckerberg Net Worth. The way they are moving forward in terms of wealth. It is being speculated that he will soon leave Mark behind. The reasoning behind this is also that Marke Zuckerberg’s wealth has declined due to the continuous decline in Facebook shares in the US markets. While Reliance shares are seeing a steady increase.

Mukesh will soon beat Mark
If Mukesh Ambani’s Reliance Industries shares continued to rise in the same way next week and Facebook’s share of decline continued, Mukesh Ambani would soon become the fourth richest person in the world, leaving behind Mark. After which it will be very difficult to get him out of the top list of the world. Mukesh Ambani is the only rich in Asia who is in the top rich list. In addition to Mark, Benard Arnault ($ 112.1 billion), Bill Gates at $ 112.7 billion and Jeff Bezos at $ 178.6 billion.

Also read: Railway Board order, this rule of British era will end soon

Income Tax Refund has not yet been received, so it may cause delay