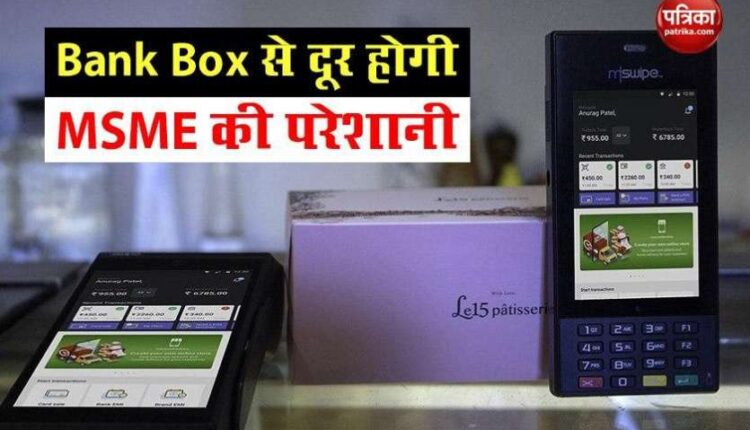 new Delhi. Gradually MSME is taking its work forward. The government is also engaged in boosting the sector on its behalf. At the same time, efforts are also being made to digitize it. Now to provide relief to MSMEs, Bank Box has been launched by Amswipe. Using this, MSMEs will not have to pay POS rentals and merchant discount rates.

Free of cost is bank box
According to Manish Patel, founder and CEO of mSwipe, the company has 6.75 lakh PoS and 1.1 million QR merchant network across the country. According to him with a view to creating a cutting edge product that combines its acquisition and issuing platforms into a stop-shop. The bank box can be easily signed up. There is also no need to pay any rent for this box. Under which, MDR also does not have to be paid if used.

MSME costing is reducing
According to Manish Patel, the corona virus has greatly affected the earnings of small traders. Which has resulted in winding expenses from their end. A market innovator’s mSwipe is helping MSMEs and merchants control costs while accepting digital transactions, and pushing them to make digital payments.

This is the price
Bank box is available with zero rent. Also a QR code with one percent cashback is also available. Merchant UPI QR and a moneyback card are also given. The bank box additionally offers an inexpensive mPOS, capable of accepting chip and PIN and contactless card payments. For Bank Box Go, merchants will have to pay a lump sum of Rs 4000 plus taxes for Bank Box Lite, they only pay Rs 199 plus taxes.

All cards and QR codes are accepted
MPOS accepts a wide range of cards including UPI, Visa, MasterCard and American Express. MQDR also accepts payments from over 150 UPIs and mobile banking apps such as Paytm, Axis Bank and Bhima. To spend digitally, merchants can load up to Rs 1,00,000 per month in their mcard.