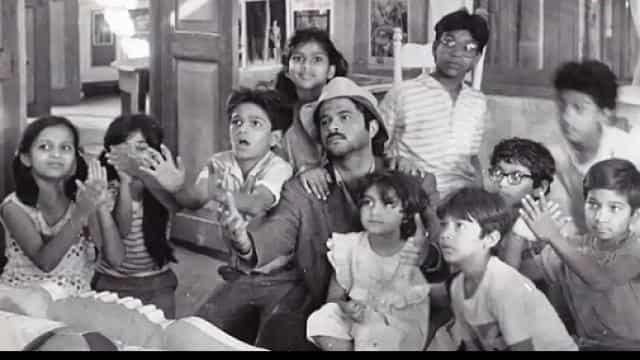 Anil Kapoor’s superhit film Mr. India has completed 34 years. On this occasion, Anil has shared the video of the film’s song Zindagi Ki Yeh Riat Hai on social media account. Along with this, he told about the difficulties that this song was created.

The actor has shared this video on his Instagram account. He wrote in the caption, ’34 years of Mr. India. Mr. India was a very important film for me and always will be. I remember when we started this journey 34 years ago and I was obsessed with everything. When I heard the tune of the song ‘Zindagi Ki Yeh Reet Hai’, I was just imagining Kishore Da’s voice in it. Kishore Kumar and Laxmikant Pyarelal did not want to work together then. It also took months to get in touch with Kishore Da. ‘

Randeep Hooda advises people to wear reusable masks, says – this can save the earth

He further wrote, ‘I went to Kishore Kumar’s house and got them both talking. The result is this magnificent melody that can be remembered even in today’s difficult times. Today it has been 33 years since Mr. India was released and this message is equally important today. Be kind to each other, do the right thing, life can be tough, but in the end, it will be good ‘. He further wrote four lines of this song.

Significantly, the film was released on May 25, 1987. Anil Kapoor’s opposite Sridevi worked in it. The story of the film, the work of the directors and actors were well received. The film featured Amrish Puri in a negative character and was directed by Shekhar Kapur.

Randeep Hooda advises people to wear reusable masks, says – this can save the earth