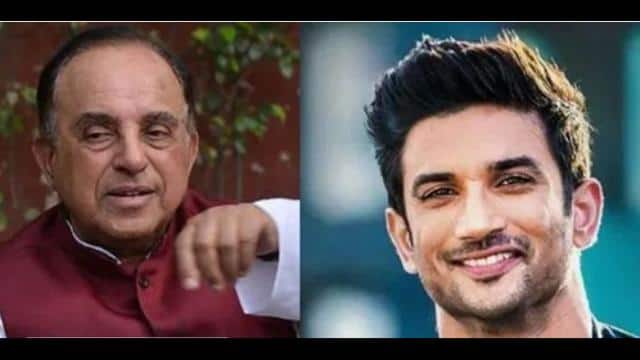 BJP MP Subramanian Swamy has been raising his voice continuously in the case of the death of Bollywood actor Sushant Singh Rajput. Swamy said that the CBI should interrogate the postmortem of Sushant’s body.

Subramanian Swamy tweeted, ‘CBI should interrogate the five doctors of Dr. RC Cooper Hospital who did the autopsy postmortem. According to the staff of the ambulance transporting the body of Sushant Singh Rajput to the hospital, Sushant’s leg was bent from the bottom (it seemed to be broken). The matter is not going to resolve.

Swamy has also previously termed Sushant’s suicide as murder. He shared a post with 26 points last month. He had given many points in Murder Theory. These points included a mark on the neck, no tearing of the eyes, no frothing from the mouth, and playing the video game of Sushant Singh Rajput on the morning of 14 June. Swamy shared a note on the micro-blogging platform Twitter giving the caption as to why I think Sushant Singh Rajput was murdered.

Also, Subramanian Swamy wrote a letter to Prime Minister Narendra Modi in mid-July. Through this, he had asked the CBI to investigate the death of Sushant Singh Rajput. At the same time, after the recommendation of the Bihar government recently, the entire case has been handed over to the CBI.

Let us tell you that on 14 June Sushant Singh Rajput allegedly committed suicide by hanging himself in a house in Bandra, Mumbai. Most of the actor’s fans have been calling the entire case a murder since the beginning.