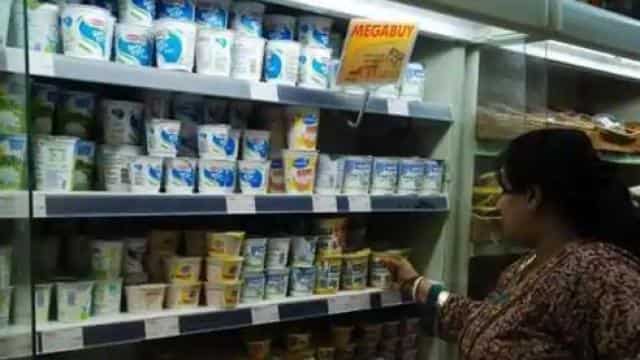 In view of the corona virus (Kovid-19), ‘immunity’ means increasing immunity has become extremely important, keeping in mind the milk and milk products giant and Mother Dairy, a subsidiary of NDDB, today, butterscotch flavored turmeric Milk is launched. Rich in the properties of turmeric, every bottle of it gives the benefits of one spoon of turmeric in milk. Mother Dairy has launched its new product- Turmeric Milk in view of the instructions and suggestions issued by the Ministry of Ayush to increase immunity amid corona virus epidemic.

Demand for golden milk increased in the country

Turmeric contains curcumin, a flavonide, which enhances immunity, the body’s strength to fight diseases, and helps in quick recovery from disease. Apart from this, turmeric milk of Mother Dairy is prepared by heating any type of bacteria or germs. Turmeric milk and beverages are also gaining popularity in the Western world, with demand for products such as turmeric latte and golden milk increasing in New York and London’s urban cafés.

Talking about the launch of turmeric milk, Sangram Chaudhary, managing director of Mother Dairy said, “Turmeric and milk brew called turmeric latte is today considered important for increasing immunity worldwide. In the past, this ‘golden spice’ i.e. turmeric present in our grandmother and grandmother’s kitchen was used to ‘cure diseases’. The properties of turmeric are mentioned in thousands of years old Indian Ayurveda, it is believed that turmeric strengthens the body’s strength to fight against diseases and provides protection against commonly occurring infections. ”

Also read: Know what are blood thinners? These 5 foods help to thin the blood

Chaudhary said, “The new flavored turmeric milk is available at all booths and channel partners of Mother Dairy at an affordable price of Rs 25 in glass bottle packing. This drink can be drunk either hot or cold. It is the first product in the range of immunity-boosting products offered by Mother Dairy. ” The brand has always been a consumer priority and the company is known for its values ​​of trust, care and love.

Also read: Ministry of AYUSH told how to make brew to increase immunity

He said that it is not so easy for a mother to feed her child with turmeric milk, because its taste does not attract children. In order to solve this dilemma of the mother, Mother Dairy has brought this age-inspired turmeric milk to the Butterscotch Flavor. So now the children will not be able to stay away from this turmeric milk and the mother will not have to run after her children to increase immunity.

On the opening of religious places, ‘Ram’ of ‘Ramayana’ made a special appeal to the people, said – God also loves your safety