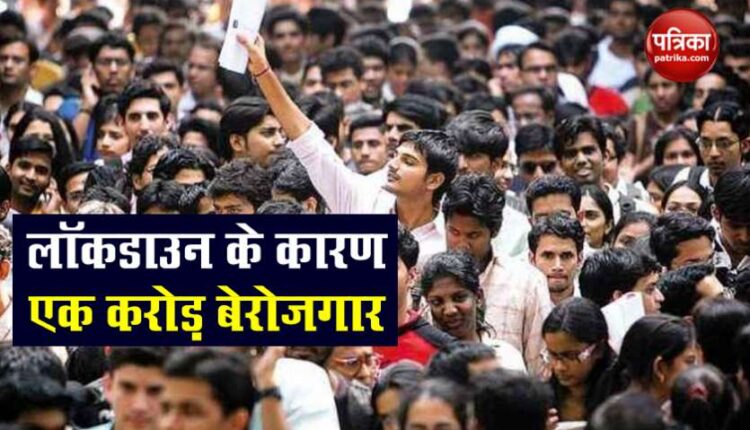 new Delhi. The Coronavirus Pandemic is not taking its name. New cases are coming up daily in most of the countries of the world. To avoid this disease, lockdown was done in many countries of the world including India. Because of which people around the world lost jobs. If we talk about India, then due to the lockdown, more than one crore people have lost their jobs in the country. Most of the jobs have been in tourism, travel, hospitality, automobile, aviation sector. Let us also tell you what kind of figures have come out.

Also read: Petrol becomes expensive in Delhi after about 7 weeks, know how much Diesel price has become

More than 10 million people lost their jobs
According to the latest report, the lockdown started in India from 25 March. Since then, 1,07,80,000 people have lost their jobs in the country. The biggest losers have been people working in tourism, travel, hospitality, automobile, aviation, transport, retail, IT and start-up sectors. If we talk about the recession between 2007 and 2009, then 50 lakh people in India had to lose their jobs.

The biggest loss to travel and tourism
– Travel and tourism sector suffered the most due to corona epidemic.
So far, 55 lakh people have lost their jobs in the sector.
Travel agents and tour guides also suffered the most.
– Around 20 million people work in the industry.
– It was estimated that one lakh people in the hotel and restaurant industry will be lost.
– The hotel and restaurant industry has lost 3.8 million jobs.

Also read: When Robert Trump swore not to work with brother Donald Trump

More jobs can be done now
According to experts, there is still a lockdown in some states in the country. At the same time, due to the loss of companies, they are planning to take the place of new hiring in a new way. This means that more people can be fired from jobs in the coming days. According to experts, the situation is expected to remain the same for 3 to 4 months. In future also, layoffs are likely to be curbed only after complete removal of lockdown.

Gold ETF: Investment up 86% in July over June