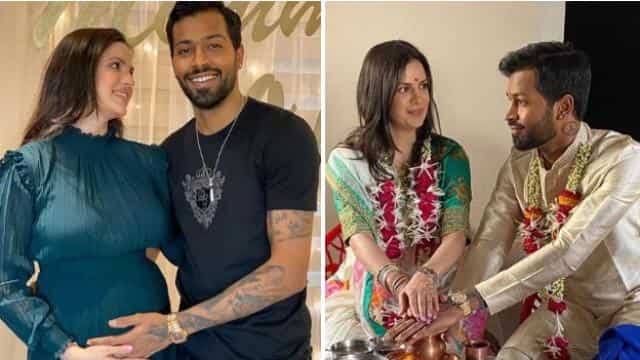 Cricketer Hardik Pandya got engaged to girlfriend and Serbia model Natasha Stankovic on 1 January. Many videos and photos related to this came on social media. Now Natasha has given another good news to the people through social media posts. Natasha is pregnant and she is soon to become a mother.

Sharing the post, Natasha wrote that Hardik and I have come a long way, which was quite memorable. And now it is going to be even better. Together we are waiting for the little guest to come. Both of us are very happy to go to this new step of life. Bless you guys. Bollywood celebs congratulated her and Hardik on seeing this post of Natasha. It includes many celebs like Ada Sharma, Abhay Deol, Priyanka Sharma, Crystal D’Souza, Vishal Singh, Sophie Chaudhary.

Talking about Natasha and Hardik, both of them had made their relationship public on 31 December 2019 after dating each other for a long time and both of them got engaged on 1 January 2020 the next day. Hardik propelled Natasha to Dubai in a filmy manner. Natasha shared her video on Instagram.

Amidst the lockdown, Hardik Pandya heard good news, father is going to be soon

… When Salman Khan did the principal out of class, Salim Khan said – I have not paid the school fees, I should not get the punishment

Born and raised in Serbia, Natasha started learning dance at the age of three. At the age of 17, she enrolled in the Modern School of Ballet. After winning the title of Miss Sports Serbia in 2010, she was determined to pursue a career in acting and dance. Natasha made her debut in 2012 in Mumbai. He acted in Badshah’s song ‘DJ Wale Babu’ with many commercials. After this, he got a lot of discussions with the item number ‘Hamari Atariya Mein’ in the film ‘Satyagraha’, while ‘Bigg Boss Season-8’ gave him a new identity.