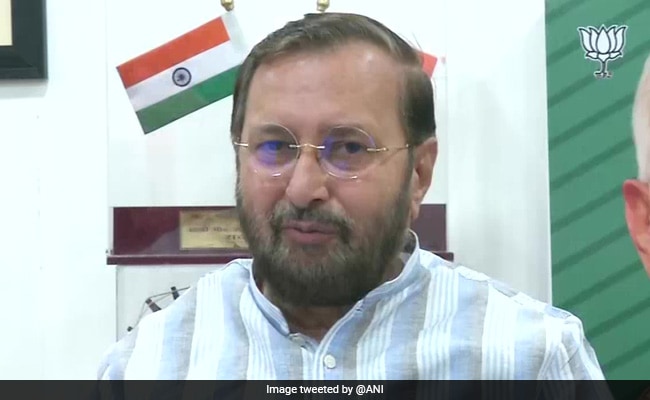 The Indian unit of Toyota Motors has changed its intention to stop expanding the company in the country due to higher taxes. The government has also said something similar about this to the big auto company. Union Minister Prakash Javadekar (Prakash Javadekar) tweeted on Tuesday that Toyota will invest more than Rs 2000 crore in the country next year. Confirmation of Toyota Kirloskar Motor The vice president of Vikram Kirloskar has also done. He said that the company is “committed to the future of India”.

Union Heavy Industries Minister Prakash Javadekar tweeted that, “Toyota Company’s decision to stop investing in India is wrong.” Vikram Kirloskar has made it clear that Toyota will invest more than Rs 2000 crore in the next 12 months. ”

It is incorrect news that Toyota company will stop investing in India. @vikramkirloskar Has clarified that Toyota will invest more than Rs 2000 crore in the next 12 months. @PIBHindi

Absolutely! We are investing 2000+ crs in electric components and technology for the domestic customer and export. We are committed to the future of India and will continue to put all efforts in society, environment, skilling and technology.

In an interview earlier on Tuesday, Shekhar Viswanathan, vice chairman of Toyota’s local unit, Toyota Kirloskar Motor, said cars were out of the reach of most consumers due to higher tax in the country. This means that there are no jobs in factories and jobs are not being created.

Vishwanathan said that “after the message we got, we have come here and invested, do we not want you.” He said that in the absence of any reform “we will not go out of India, but we will not do the work on a large scale”.

Later in the evening, in a carefully written statement, Toyota said that it needed to protect the jobs created in the country and would like to work towards strengthening the existing operations.

The statement said that “During our two decades of operations in India, we have worked tirelessly to build a strong competitive local supplier eco-system and develop competent human resources. Our first step is that we Be sure to use the full potential of what you have created, and it will take time. ”

In this statement, the high tax system in the country has also been pointed out. It has been said that due to the slowdown in the economy due to Corona virus, the auto industry is requesting the government to support it to maintain it through a practical tax structure.

The statement said that “we know the strong proactive efforts being made by the government to support various sectors of the economy and appreciate the fact that despite the current challenging revenue situation, the path is open for testing on this issue.” is.”

Even before the onset of the corona virus epidemic, the impact of the economic downturn had started appearing on the auto industry. However, now a major auto-manufacturer’s decision to stop its expansion has proved to be insufficient for the government’s efforts to support industries.

For the last few months, Prime Minister Narendra Modi has been repeatedly trying to increase foreign investment by referring to the government’s efforts to give investors a better business environment under Make in India. Pointing to the government’s efforts, Toyota said in a statement that our recent partnership with Suzuki in India on shared technology and best practices is in support of the Make in India initiative and Government of India policy. In this, both companies aim to increase competition.