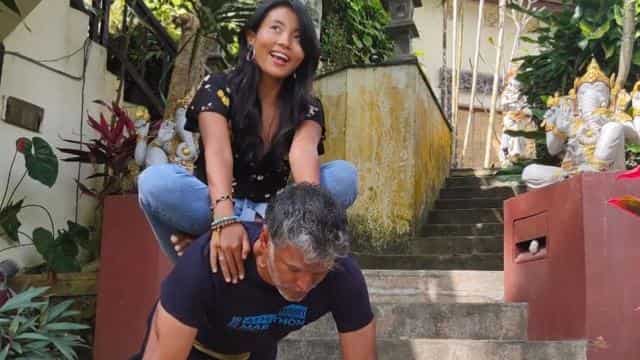 Bollywood actor Milind Soman is known not only for acting but for his tremendous fitness. Milind’s methods of doing workouts are quite difficult which anyone else can do. Now his wife Ankita has shared two pictures on social media, in which she is seen sitting on Milind’s back.

In these photos, Milind is applying push-ups and Ankita is sitting on his back during this time. Sharing these throwback photos, Ankita wrote in the caption, Love these pictures. Let me tell you that like Milind, Ankita is also a fitness freak. These days both are spending time at home amidst the corona epidemic. During this, many photos and videos of both of them have been revealed while doing workouts.

Sand was laid inside the studio, then the sea-shore scene was shot, Sunil Lahiri narrated the story

Earlier Milind shared some pictures on Instagram account, in which he appeared in a romantic mood with Ankita. In the first photo, both of them appeared in the midnight under the open sky with each other at the time. The second picture is on the highway in Hyderabad, about which Milind said that he ran barefoot with Ankita. At the same time, the third photo was from Kolkata, in which both of them were seen walking hand in hand.