Milind Soman, 19 years ago, looked like a photo from his modeling days 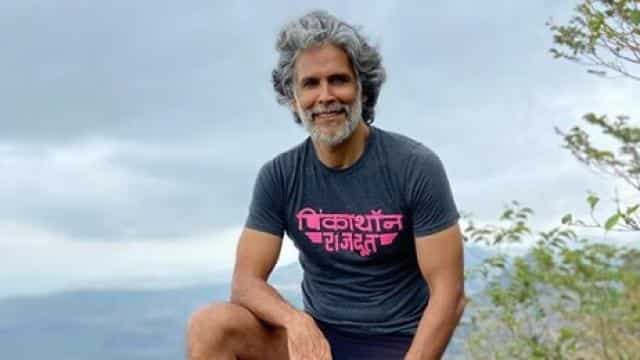 Bollywood actor Milind Soman is known not only for acting but also for his tremendous fitness. Their workout methods are quite difficult, such as running underwater with weight on their back. He started his career as a model. Now Milind has shared a photo of his modeling days, which is being discussed a lot on social media.

The actor has posted his black and white photos on Instagram account, in which he looks quite young and handsome. While sharing the photo, Milind wrote in the caption, “This photo is from 2001. When I looked back and think that my first job was offered in 1988 as a model. At that time I was studying to become an engineer. I didn’t know anything about modeling. I had just jumped but had a lot of fun in this work.

Earlier, Milind’s wife Ankita shared a video in which the two were seen doing a romantic dance. It is seen in the video that Milind and Ankita are enjoying the dance by putting arms in each other’s arms. During this time it is raining outside the house. Sharing the video, Ankita wrote, “Rain drops, music and you, nothing could be better.”

Sushant Singh Rajput’s father confirms: Son, who was to get married next year, said this to Riya Chakraborty