Meeting will be held today regarding dearness allowance of central employees, a big decision can be taken 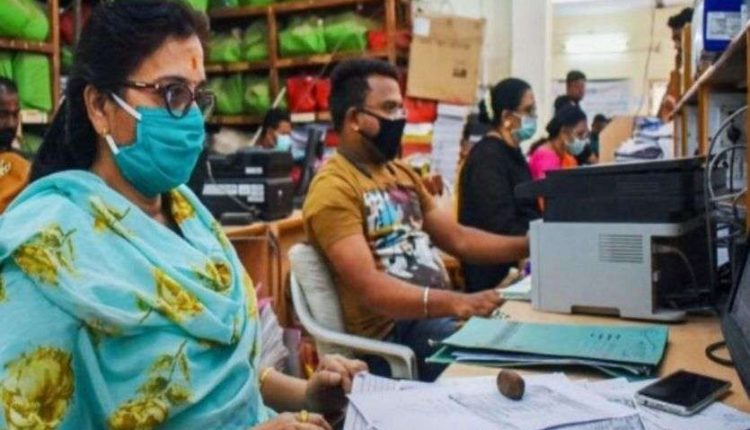 New Delhi. The central government is going to hold an important meeting today to increase the allowances of central employees. A big decision can be taken in the meeting regarding Dearness Allowance (DA) and Dearness Relief (DR). It is noteworthy that for a long time, more than 50 lakh employees of the Central Government and more than 60 lakh pensioners have been demanding from the government to increase Dearness Allowance and Dearness Relief. The meeting will be attended by officials from the National Council of Joint Consultative Machinery and Ministry of Finance and Department of Personnel and Training.

Read also: Amount up to Rs 5 lakh will be safe even if the bank sinks

Let us tell you that due to Corona, the Central Government had stopped three installments of Dearness Allowance and Dearness Relief to be given on January 2020, July 2020 and January 2021. A decision can also be taken to release all three of these installments. If this happens, the total DA will increase to 28 percent. This will benefit more than 50 lakh central government employees and more than 60 lakh pensioners.

This is the main agenda of the meeting
The main agenda of this meeting of the Central Government has been kept to pay the outstanding DA of the Seventh Pay Commission to the central employees and DR to the pensioners. DA and DR will be discussed in this meeting to be chaired by the Cabinet Secretary. After the meeting, the government will take a final decision on this subject.

It is expected that a consensus can be reached between the employees and the government in this meeting. According to media reports, the outstanding DA will be paid in three installments in July, August and September. Whereas DA for June 2021 can be announced between October to December.