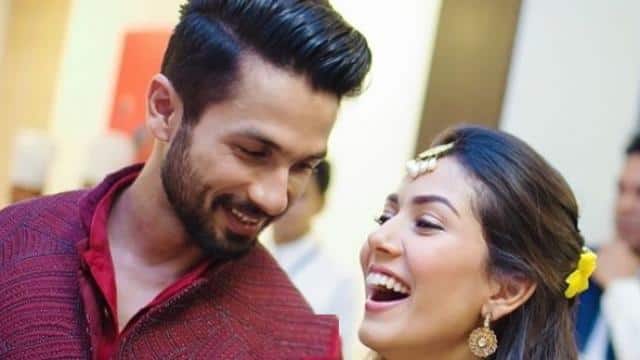 Shahid Kapoor and Mira Rajput are one of the popular couples in Bollywood. Meera Rajput is very active on social media. She often shares posts related to Shahid and children. Now Meera has shared a post, which has revealed that she has saved Shahid’s number in mobile by some other name.

Actually, Meera Rajput has posted a photo of the conversation between Shahid and the children on Instagram account. It is clearly seen in the picture that they have saved Shahid Kapoor’s number as Tommy. Meera wrote in the caption with this photo, the phone is in the possession of someone else. Can you guess who? We can say one thing that we can rely on balanced diet. In the photo, the children have sent emoji containing fruits and vegetables to their father.

Salman Khan and Yulia Vantur are enjoying the monsoon, the video surfaced

Please tell that Shahid Kapoor played Tommy Singh in the film Udta Punjab. It was during the shooting of this film that he met Meera Rajput for the first time. Shahid Kapoor had told in an interview that Meera liked this name of his film very much and he has saved her number by this name.

Significantly, Shahid and Meera have been married for 5 years recently. On this occasion, Meera shared a photo of her marriage with Shahid, writing, ‘5 years, 4 people, 3 houses, 2 children and a loving family. I love you more every day. I am the luckiest girl in this world who got the love of my life as the best friend. Thank you for being my strength and for supporting me everywhere. I love you’.