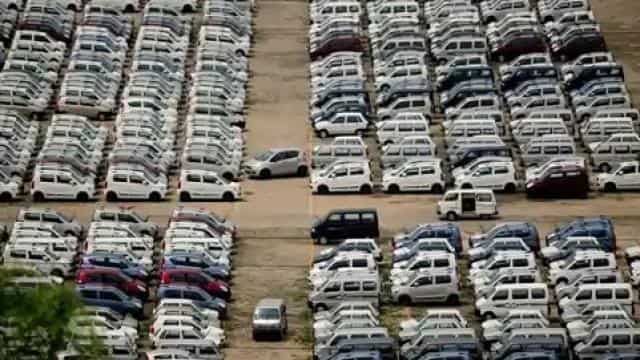 Maruti Suzuki India (MSI), the country’s largest automaker, said on Monday that its sales were down 86.23 percent to 18,539 units in May. The company sold 1,34,641 vehicles in the same month last year. Hyundai Motor India Limited (HMIL) has recorded a decline of 78.7 percent in sales.

According to MSI, its domestic sales declined 88.93 per cent to 13,888 units in May from 1,25,552 units in the same month last year. The company exported 4,651 vehicles in the previous month, a decrease of 48.82 percent from 9,089 units in May 2019. The vehicle company said that after ‘lockdown’, it started manufacturing operations at the Manesar factory from May 12 and at the Gurgaon plant from May 18, following strict government rules and guidelines. Suzuki Motor Gujarat has also started production from May 25. The company makes cars for Maruti Suzuki on contract basis. MSI said that the company’s showrooms have also started opening as per the guidelines of the Center and the states.

The company said in a statement on Monday that its domestic sales fell 83.8 percent to 6,883 vehicles in May. During this period the company exported 5,700 vehicles. The domestic sales and exports figures in May 2019 were 42,502 and 16,600 vehicles respectively. Sales, marketing and service director of the company Tarun Garg said that with the sale of 12,583 vehicles, the company is gradually moving towards normalcy.

Toyota Kirloskar Motor’s home sales in May declined 86 percent year-on-year. During this period, the company sold 1,639 vehicles. In the same month last year, the company sold 12,138 vehicles. Naveen Soni, Senior Vice President (Sales and Service) of the company said in a statement, “We are aware of the situation of dealers in many areas of the country. We are prioritizing production according to the needs of our dealers. It is taking care of the number of vehicles and its models. He said that business in the market is slow and demand is very less. The company’s wholesale sales are down to only 20 percent.

Akshay Kumar gave tribute to Wajid Khan, said- You were always the laughing and the most talented