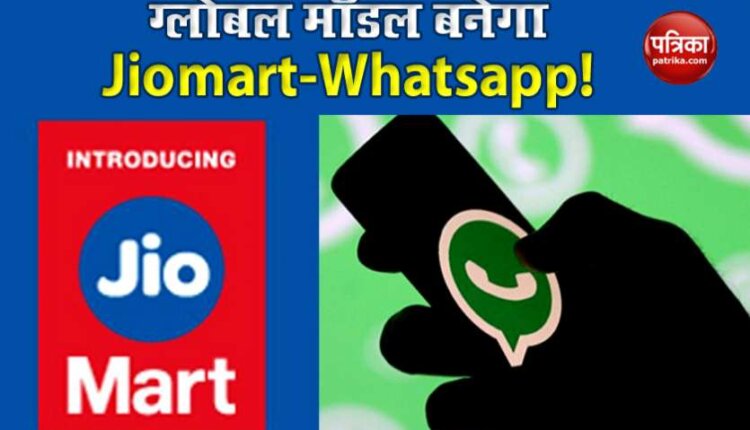 new Delhi. Facebook founder Mark Zuckerberg is now preparing the alliance of Geo Mart and WhatsApp (Jiomart Whatsapp Deal) to be a global model. So that every country in the world can have such participation. Mark Zuckerberg said that the investment in Jio Platforms and the involvement of WhatsApp would help millions of grocery stores and small businesses in India to do business and if the WhatsApp and Geomart model worked. It will be tried worldwide. After launching Geomart of Mukesh Ambani (Mukesh Ambani) is reaching a new peak of popularity. The proof of this is to have more than four lakh order books on it within a few weeks.

Geomart will get help from whatsapp
Facebook has invested Rs 43574 crore in Jio Platforms on April 22 for 9.9% equity. Geomart and WhatsApp are being coordinated. After this, Geomart is expected to get further strength from 400 million WhatsApp customers. Customers will be able to pay using Geomart and WhatsApp at the nearest grocery store. The strategy of Geomart is to reduce the middlemen and supply the goods directly from the farmers to the customers’ home.

Also read: Understand in figures how the game of Petrol and Diesel becomes three times more expensive than the base price

Geomart created record
Geomart claims that this number of orders is a record in the online grocery business category. The announcement of the first quarter results of Reliance Industries in the same week said that the increase in the number of orders can be gauged from the fact that Mukesh Ambani while addressing Reliance’s Annual General Meeting (AGM) on July 15, Geomart But the order number was stated to be 2.5 lakhs. Orders are also being taken through Sodexo coupons, which are also benefiting the company.

This is geomart’s target
At the same time, the old giants of the grocery business are far behind in competition with Geomart in terms of number of growers and big basket orders. Ambani has set a target of reaching 12 crore farmers and 3 crore grocery shops in the country. With the onboarding of grocery stores, Geomart has started it.

Also read: TikTok can sell for 3.75 lakh crore rupees in the hands of Microsoft

Geomart will not be limited to grocery stores
In the last week of May this year, Geomart started with 200 cities. For the first time customers in ninety cities were involved with online shopping of grocery. To make their way into the competition, the prices of most of the things available on Geomart have been kept five percent cheaper than other similar platforms. The prices of branded goods have also been kept somewhat lower. According to Mukesh Ambani, apart from grocery stores, Geomart will also cover electronics, fashion, pharmaceutical and healthcare sectors in the coming days.

Duryodhana of Mahabharata told that a non-bailable warrant was issued…