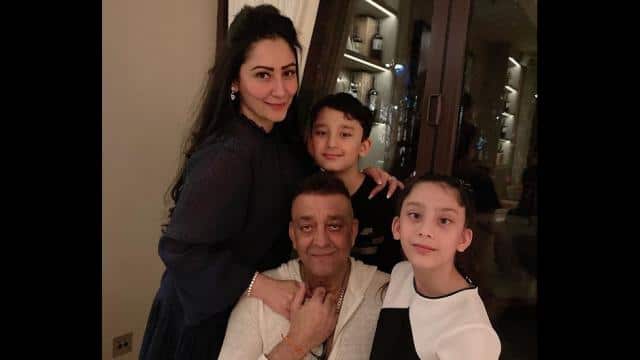 Sanjay Dutt recently reached Dubai to meet his children. Meanwhile, Sanjay’s wife Manyata has shared a photo on social media with the whole family and has also written a message with it. Manyata has shared photos with Sanjay and children. While sharing the photo, Manyata wrote, “Today I thank God for the gift he has given me as a family.” No complaints, no requests … Just stay together … Amen.

In the photo, Sanjay is seen in a slightly different look. Sanjay looks quite different with his beard and mustache removed. However, he seems quite happy to be with the children.

It was reported that Sanjay was very much interested in meeting his children, so he went to Dubai to meet them. It is expected that he can return to Mumbai in a week or 10 days.

Let me tell you that even though Sanjay Dutt is struggling with lung cancer, he did not let this disease come in the way of his work. He is also focusing on treatment as well as shooting for his new film Shamshera. Recently, the Times of India reported that Sanjay Dutt is back on the sets of the film Shamshera. Sanjay will be shooting for two days. After this, he will again go for treatment. He was also spotted outside a Mumbai-based studio.

Electricity consumers will get a big gift, relief in the bill, this is the complete plan of the government

The young man’s leg was cut in the accident, Sonu Sood said – tell parents, getting a new leg