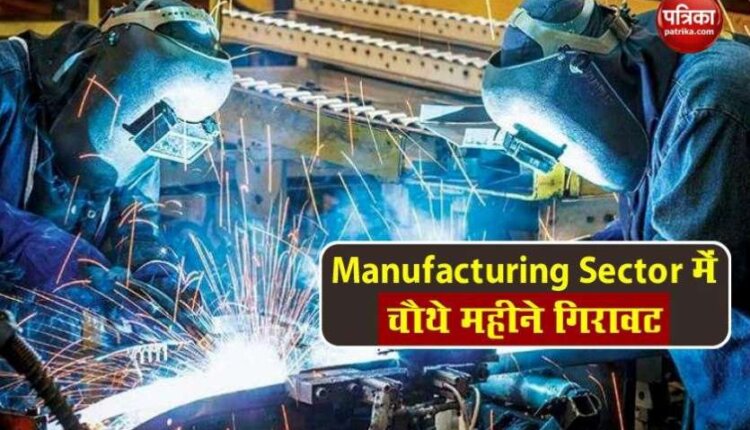 July PMI figure was less than June
According to the report of IHS Market, India’s manufacturing sector PMI was recorded at 46 points. Whereas in the month of June it was at 47.2. PMI above 50 indicates an increase in activity. According to Eliot Kerr, Chief Economist at IHS Market, data from the Indian manufacturer shows that the index has fallen due to production in factories and non-receipt of new orders. The signs of stability that have been seen for the last two months and are seen to be weak.

Also read: State Governments had to put Corona Cess on liquor in Corona Era upside down, know how much sales have been reduced

How long will the situation not improve
According to him, companies are currently trying to increase demand and are trying to increase production, but there is a lockdown in many parts of the country. This clearly indicates that unless the rate of virus and cases decrease from the country and the restrictions imposed due to lockdown are not lifted, economic activities will not start in the country.

Not even international order
According to the report, there has been a tremendous decline in export orders. International buyers are not placing orders. There is still uncertainty about the Corona virus among them. Indian manufacturers have continued to cut the workforce in July, following a decrease in demand. On the other hand, the report saw improvement in perception regarding future activities for the second consecutive month after the negative impact of corona virus.

PMJJBY: Insurance worth 2 lakhs in just one rupee, know what is the plan

There was a rift in the relationship between Sushant Singh Rajput and Riya Chakraborty, tension was also growing between the two families.